Of all the great athletes neglected by the WWF/E, perhaps none were quite as oddly mishandled as Steve Williams. Despite being a big name in Japan, the NWA, and later WCW, his WWF run never got off the ground. A failed heel turn by Jim Ross to become his manager, a shoot tournament, and an embarrassing unplanned loss spelled the end to plans for a top run for Williams. His career folded in faster than it had arrived.

However, if we were to look back on his WWF run, how could it be done differently? Through 20/20 vision hindsight, I take over the book to see how it all could have been better for the talented grappler. So here is an alternative timeline for “Dr. Death” Steve Williams’s WWF run from debut to the end of the Invasion storyline.

For most of his career, Williams was a tag worker yet he could easily be a dominant solo force if allowed but will need a manager. In real life, a newly-heel Jim Ross was appointed but instead let’s keep JR on commentary as a play-by-play who can still put over Williams.

Options for managers are limited at this time that best fit up with “Dr. Death” but ultimately perhaps the best match is Jim Cornette. This also fits in with the current angle at the time of the NWA invasion, which was a huge flop. However, despite this, Williams debuts in this group which sounds odd but go with it for now.

Steve is hyped for weeks by yelling Cornette promos about his amateur background, workout session clips, and videos of his accolades. Furthermore – even before his first televised match – he makes an impact by interrupting matches or launching post-match assaults on X-Pac, Terry Funk, and Dustin Runnels. 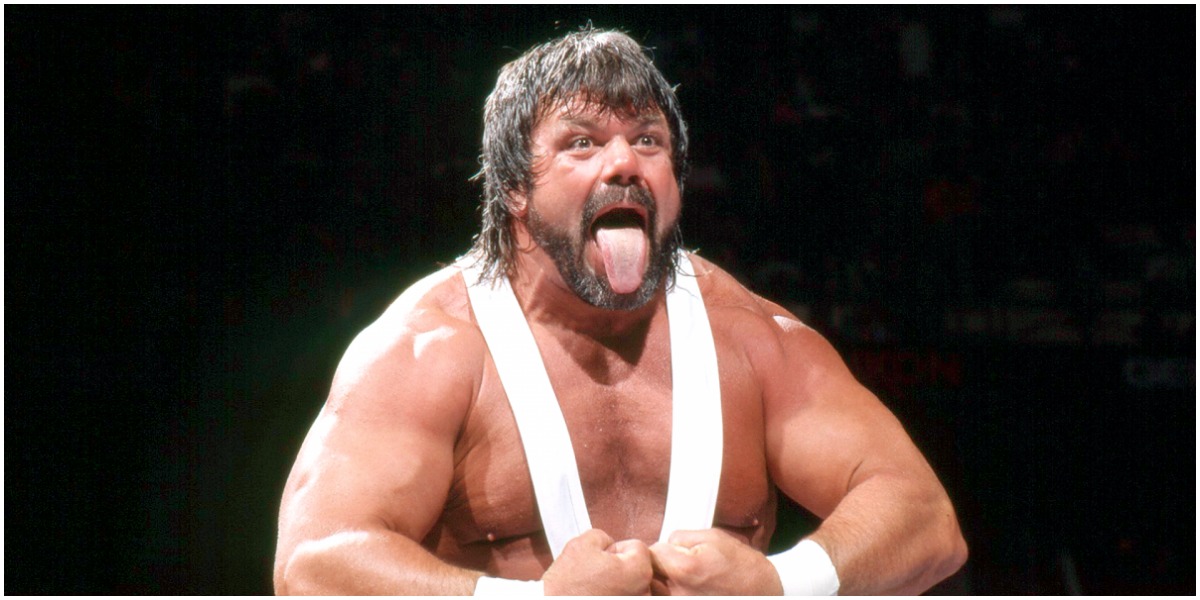 His first match takes place at 1998’s SummerSlam, where he decisively beats 2 Cold Scorpio after an Oklahoma Stampede. In the duration, Williams even kicks out of Scorpio’s Shooting Star Press.

At Judgment Day: In Your House in October, Steve Williams garners a huge win over Vader – who himself was on his way out of the company at this point. In what will be Vader’s last match, he puts over a new star on his way out. Considering the tone of the Attitude Era, a gifted and pure technically-sound wrestler may not exactly get over with crowds craving beer and “puppies”. Steve, like Taz with Shane Douglas or Brock Lesnar, creates a gimmick of breaking people’s arms. To write “The Mastodon” off TV for good, Williams snaps his arm with a debilitating, excruciating arm breaker hold.

The night after beating Vader, the whole invading NWA force hypes up Williams which sees him break the arms of all wrestlers involved, in order to kill off the angle whilst also gaining a good payoff for it.

Next, we arrived at Survivor Series 1998, in which Williams picks up X-Pac’s European title in a match also featuring the titleholder’s rival D-Lo Brown. Now, for this, we must re-arrange the card. The last thing we want is more PPV matches on top of the 14 already taking place. So, we move all the opening, quarterfinal matches to TV which frees X-Pac for the PPV as well as removing Brown and partner Mark Henry from the three-way World Tag title match as it turned out to be an uncoordinated car wreck of a match. Steve pins Brown to win the belt. Steve Williams defends the title successfully over the next few PPVs.

The first true storyline for Williams is a feud with Ken Shamrock where both sides try to prove their wrestling superiority. For this to work, however, we must adjust the real-life timeline.

“The World’s Most Dangerous Man” loses his Intercontinental title at St. Valentine’s Day Massacre but instead he turns face afterward when beaten down by The Big Boss Man and Test of The Corporation who turn on their stablemate for losing the belt. Williams has the next match and just tosses Shamrock out of the ring.

On an episode of Raw, Shamrock wins a triple threat with his assailants at the last PPV. Afterward, he calls out anybody as he wants to continue a fight. Williams emerges and the two have a verbal spat, ending with an Oklahoma Stampede. Williams decides not to break his arm, he’ll do that after proving he was the better man at WrestleMania.

The ‘Mania bout is a big, old hoss match. Williams tries to break Ken’s arm but the amateur-gifted Shamrock can maneuver his way out every time. Williams exposes the turnbuckle as Jim distracts the referee and attempts an Oklahoma Stampede into it but Shamrock slips out, pushes his face-first into it and a Belly-To-Belly ends the match. New champion. Steve Williams suffers his first loss.

At the UK PPV No Mercy, Steve Williams competes for the WWF title against Austin but loses via DQ after Triple H interferes.

In real-life, the weeks building up to SummerSlam are very complex and never consistent. Here in our timeline, Triple H gets the match due to Austin challenging him. The next week on Raw – very unique to television at the time – Williams and Shamrock wrestle in a 30-minute time limit submission match where the winner qualifies for the SummerSlam bout. It ends in a draw but on SmackDown, Mankind beats the WWF World titleholder in a non-title match due to a run-in from “The Game”. Look – yes, it is very complex but it is the Attitude Era. Sometimes you just have to go along with baffling booking.

At SummerSlam, Mankind wins by rolling up Williams after an incidental collision with Cornette. Triple H still wins the next night – we cannot do that at the PPV as hardly can a state governor be raising the hand of a heel. We also raise tension between the manager/wrestler combo.

Unfortunately, due to the excess star power in the company at the time: Austin, Rock, Foley, Undertaker, Triple H, and Big Show as well as future arrivals like Angle – the main event is a packed crowd and there is no space for “Dr. Death”, so we have to slowly phase him out of the main event scene.

Terry Gordy would be an ideal pick but he was well gone by 1997, happy elsewhere and had heat with the APA so scrap those plans. Instead, place him with ‘popular yet not going anywhere at this point’ worker Steve Blackman. And no, not just because they’re both called Steve and have black beards.

Both trained as experts in other wrestling styles, they – still under Cornette management – boost quickly up the tag ranks and eventually unseat The Rock ‘N’ Sock Connection in October 1999 when Blackman pins Foley. They retain the belts over The Hardys, The Headbangers, and The Hollys in the next few weeks.

The Unholy Alliance (the unofficial name for Big Show and The Undertaker) confront the duo, asking them to lay down. They refuse and stand their ground. Williams hits the first blow – a powerful clothesline to ‘Taker. Eventually, the heels take over and overpower the Steves. Big Show chokeslams Cornette through a table – permanently writing him off. “Dr. Death” tries an Oklahoma Stampede but ‘Taker hits a tombstone then pulls out a year and Pillmanises Williams’s arm.

Now faces, the team are still forced to defend their tag titles. On SmackDown Blackman loses a World Tag title handicap match against Show and ‘Taker. (This team eventually loses the belts to The New Age Outlaws to set us back on the real-life timeline.)

At Survivor Series, Williams is absent due to his kayfabe injury. Nonetheless, the team consisting of his allies – including rivals such as Shamrock and Big Show burying the hatchet to take down The Ministry. Amid The Ministry dissolution, Show, Shamrock, Test, and Blackman beat Bossman, Mideon, Viscera, and The Undertaker.

Unlike in real-life, The Radicalz win their multi-man tag match at ‘Mania 2000. Afterward, Williams emerges to even the odds during a post-match assault.

Over the next few weeks, “Dr. Death” gets wins over Radicalz members in singles matches. This includes a pinfall over Perry Saturn, submitting Dean Malenko, and a DQ win over Chris Benoit. At Backlash, Guerrero beats Williams although has to use a title belt to get the devious and sneaky victory.

In 2000’s King Of The Ring tournament, Williams makes the semi-final before a friendly loss to Chris Jericho – who himself loses in the finals to Kurt Angle.

At Survivor Series 2000, Williams gets the win over the homicidal Rikishi, who is a top heel at this stage. He teams alongside The Rock the next night in another win as they beat Rikishi and William Regal.

Williams then forges an alliance with Taz, who feuds with The Right To Censor. In a No Holds Barred brawl, “Dr. Death” and “The Human Suplex Machine” handily defeat the stable in a four-on-two clash.

Taz splits from Williams when the ECW roster turns on the WWF. At this time, the WWF had bought out ECW and WCW to create the Invasion storyline.

In a match pitting Williams and World Tag Team champions The APA against The Dudley Boyz and Taz, the match ends in a no-contest when Steve turns on his teammates. Both The Dudleys and Taz and Williams put respective Acolyte members through a table.

A few weeks later, Williams and Taz beat the injured APA for the belts. They lose them at SummerSlam to The Brothers Of Destruction but not in as much of a one-way slaughter as happened with DDP and Kanyon.

Williams shortly makes a team with Mike Awesome although they fail to capture either World Tag titles in either company.

At No Mercy in October 2001, Edge wins back the IC belt off his brother Christian. Elsewhere, with aid of Mike Awesome, Steve Williams prises the US belt off Angle (before Kurt defects to The Alliance).

Survivor Series 2001 sees a make-or-break unification match for both men. No matter who wins, the champions are immune from being fired and only one will end up a champion – ending up with both belts. Like in real life with Test, Edge rolls up Williams to get the win. WWF prevail at the end of the night, thus throwing the future career status of Williams into disarray. 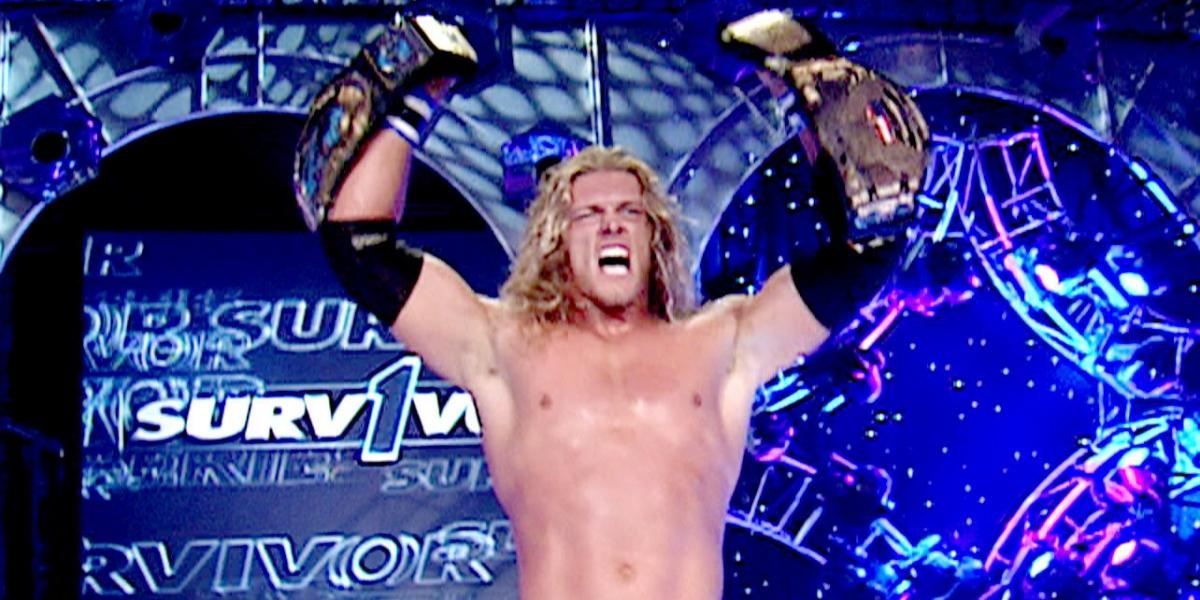 From here, the WWF can see what they want to do with “Dr. Death” going forward. He can be written off, fired for working with WCW, or rehired if WWF wants to keep him. We’ve ended the book here to allow the WWF discretion on their next moves with Williams.

So that’s it for this section of Williams’s career. I’ve added some external elements whilst still keeping it grounded in reality and in with the scene at the time to decide how I can most effectively book Williams. I fully appreciate many will be unhappy I’ve not made him a full-time main eventer or champion but you have to obey the situation at the time. In any other era, he may have been a world champion but I would like to think I’ve carved out a fitting and suitable enough career for Steve despite not fulfilling his potential due to the stacked roster at the time.

But that is just how I would do it, feel free to leave better suggestions or improvements in the comments below.

More From: Taking Over the Book