Earlier today, we found out that ‘Machine Gun’ Karl Anderson and ‘The Big LG’ Doc Gallows, AKA The Good Brothers, have signed with Impact! Wrestling and will be at Slammiversary tonight!

Talk about a paradigm shift! The Good Brother’s are in Impact! Wrestling and are here to shake things up. As this is a special night in wrestling, I’m going to give you a preview of what we can expect, going into Slammiversary 2020.

No. 1 Contenders Match for the Knockouts Championship

Rosemary vs. Nevaeh vs. Madison Rayne vs. Susie vs. Kiera Hogan vs. Taya Valkyrie vs. Tasha Steelz vs. Alisha Edwards vs. Kylie Rae vs. Kimber Lee vs. Jessicka Havok 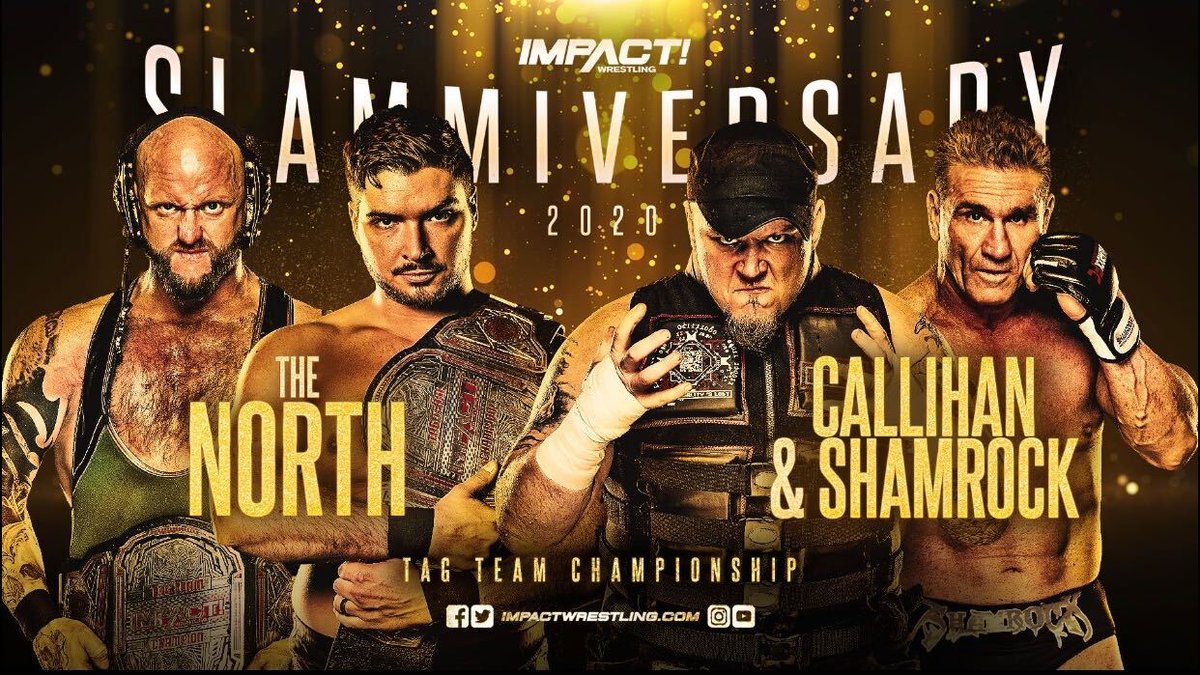 In what is an unlikely alliance, Shamrock teams up with Callihan to take on Page and Alexander in order to gain retribution and to potentially become the new Impact Tag Team Champions. In recent weeks, Bey has been doing everything in his power to get inside the head of Willie Mack. Has this technique been successful? We’re here to find out.

Since arriving on the scene, Deonna Purrazzo has not been shy in displaying her intentions when it comes to the Knockouts Championship. Purrazzo has vowed to take the Championship away from Grace and position herself as the top star in Impact! Wrestling.

Since Tessa Blanchard (the previous Impact! World Heavyweight Champion) was released from Impact! for not showing up to shows during the lockdown, Moose has gifted himself the Championship and is posing as Champion. This is not acknowledged by Impact Wrestling officials. Regardless, Moose defends his ‘Championship’ at Slammiversary 2020.

Ace Austin vs Eddie Edwards vs Trey vs Mystery Opponent In what is possibly one of the most anticipated matches on the card, there will be a fatal 4-way match for the vacant Impact! World Championship. The question is, who will be the mystery opponent be? Impact! Wrestling has teased a number of wrestlers, some of which were released by WWE a number of months ago, and have promised that the mystery opponent is a former Impact! Champion.

That’s a lot to take in, but it really is proving to be an exceptional show!

Who you think will be the mystery opponent in the main event?

Join us back here at Sports Obsessive tomorrow for your full Slammiversary run-down.