Throughout its near-decade-long run, Extreme Championship Wrestling (ECW) would pave the way for the careers of numerous talents. Whether it was due to their immense character work, hardcore attributes, or wrestling ability, various wrestlers flourished in Paul Heyman’s promotion. It could be fair to argue that across the history of the promotion, the biggest heel and face created by the company were Shane Douglas and Taz respectively. Looking across their early run-ins through to their encounters over the ECW World Heavyweight Title, the rivalry between “The Franchise” Shane Douglas and “The Human Suplex Machine” Taz will be examined, recounting the career-altering moments of both men’s careers as caused by one another.

Upon arrival in Eastern Championship Wrestling in late 1993, The Tazmaniac would quickly pick up a title belt. Yet more than a little credit can be given to Shane Douglas for this.

On the December 14th 1993 edition of ECW Hardcore TV, the imposing team of The Tasmaniac and Kevin Sullivan were set to challenge for the ECW World Tag Team titles against champions Tommy Dreamer and his partner Johnny Gunn. However, the future Tom Brandi and Salvatore Sincere in the WWF was injured. In turn, ex-ECW World champion Shane Douglas stepped in as a replacement. In the end, “The Franchise” would double-cross Dreamer, knocking him out with a steel chain. This allowed The Tasmaniac to get the pin and awarding him his first title belt on a major wrestling stage.

The duo would indirectly face off again a few months later at March 1994’s Ultimate Jeopardy PPV event. The main event pitted 4-against-4 in a steel cage in a high stakes encounter. It saw Douglas, Mr Hughes and The Public Enemy took on Terry Funk, Road Warrior Hawk and the alliance of The Tasmaniac and Kevin Sullivan. The result would see the former WCW/NWA World Tag Team titleholder Douglas walk out with the ECW title-in-toe after having pinned reigning champion, Terry Funk.

Douglas would face The Tasmaniac in their biggest match to date in late 1994. Already the ECW champion, Douglas fought the ex-World Tag champion in the quarter-finals of the historical 1994 NWA World Heavyweight title tournament. Douglas would score the win with a victory roll, holding onto his opponent’s singlet to gain unfair leverage. Of course, Douglas would eventually triumph in the tournament (later beating Dean Malenko and 2 Cold Scorpio) with the future Taz used as a stepping stone to get there. In addition, at this time, the future Taz would have multiple matches for the ECW belt but to no avail. Following the tournament win, Douglas would cut his iconic NWA-bashing promo, effectively creating Extreme Championship Wrestling as a separate entity. 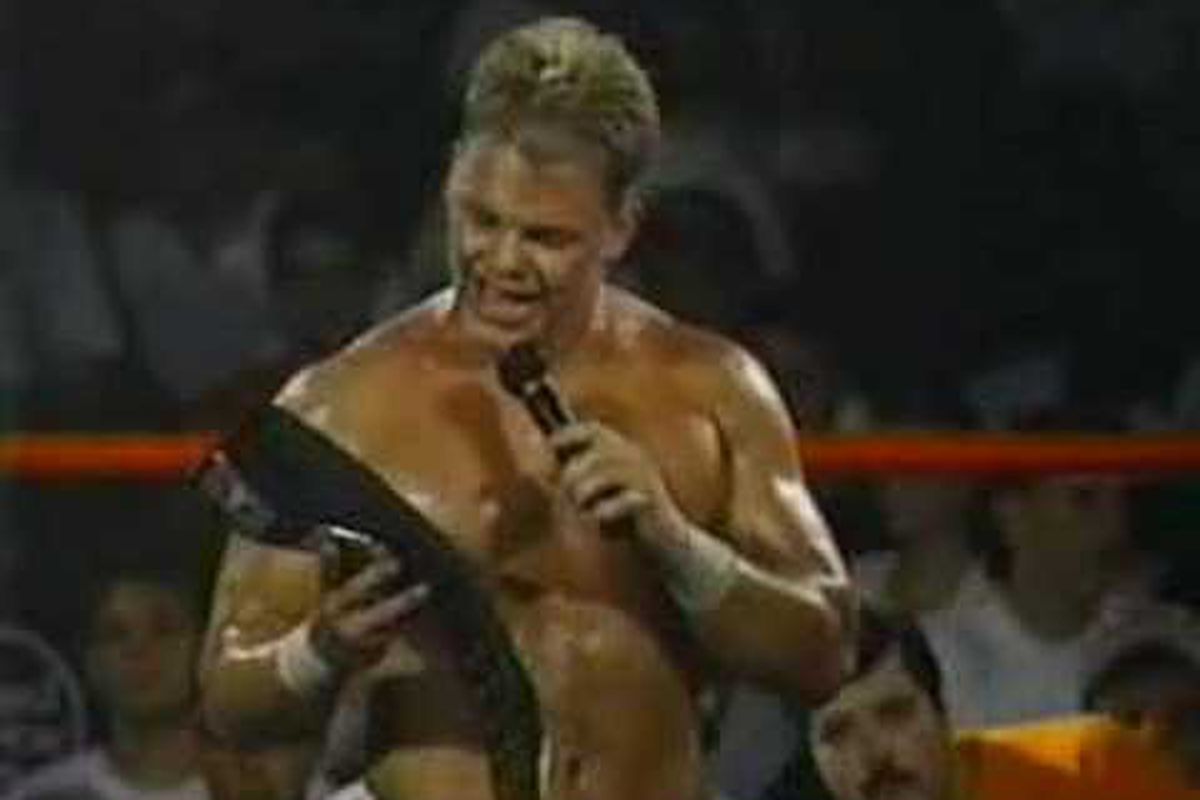 Ironically, just as Shane Douglas walked out of the door of Paul E. Dangerously’s Dangerous Alliance subsidiary, The Tasmaniac walked in. Douglas, previously managed by Dangerously in Hostuff International, would go on to be accompanied by a vast array of managers over the next few years. These include Sherri Martel, Mr Hughes and Francine. The native of Tasmania would be controlled by handler Dangerously and was in the faction alongside 911 and Sabu. Speaking of Sabu, the “Homicidal, Suicidal, Genocidal, Death-defying” Arabian would be a cohesive talent to both Douglas and Taz as neither man ever trusted Sabu, often competing against their one-time ally.

Both wrestlers had previously competed – with Douglas retaining the Television title in the opener over Taz’s cousin Chris Chetti. Elsewhere, Taz lost out to long-time rival Sabu after their marquee match at ECW’s first Pay-Per-View event: Barely Legal. After Taz lost to Sabu, Douglas would confront an incensed Taz and ordered him to leave the ring. Taz threw down a challenge for “The Franchise”’s title belt, saying if he did not win in less than 5 minutes, he would leave ECW for 30 days. Taz subsequently furthered the stipulation to leaving ECW for 60 days if he did not win in less than 3 minutes. In the end, Taz would force the submission with his Tazmission finisher.

Yet this was not the end of the feud as Taz would start an indirect feud with Douglas through associate Bam Bam Bigelow.

Run-Ins With The Triple Threat

By 1997, Bam Bam Bigelow was a member of Shane Douglas’s Triple Threat faction but would go on to beat Douglas for the ECW World Heavyweight title on the 16th October edition of Hardcore TV when chosen as the opponent of titleholder Douglas by Rick Rude. At ECW’s flagship show November To Remember, “The Franchise” would regain his title belt. Despite having lost the strap, Bigelow continued to fight Douglas, soon forming an allegiance with Taz. At 1998’s Hostile City Showdown, a handicap match pitted Bigelow and Taz against the new iteration of The Triple Threat consisting of Douglas, Chris Candido and the freshly-added Lance Storm. Bigelow turned on Taz whilst Storm was forcibly ejected from the group; the match ended in a no contest. 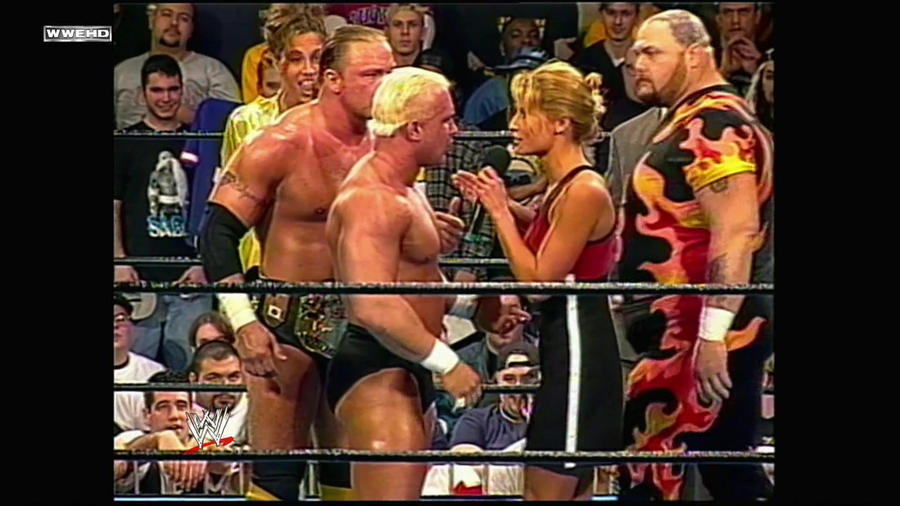 At Living Dangerously in March, Bigelow would defeat Taz in a hard-fought battle for the ECW Television title. Taking place in Bam Bam’s hometown of Asbury Park in New Jersey, itt featured notable moments include Taz hitting a T-Bone Suplex from the stage – launching Bigelow into the crowd and “The Beast From The East” jumping onto the mat with “The Human Suplex Machine” on his back. The impact forced a hole into the ring after which Bigelow pinned to win.

The Blow Off Starts

Having lost his Television belt, Taz was pushed into the main event scene with his eyes set on Shane Douglas’s World Heavyweight title belt. Yet ECW’s plans for a blow-off match were delayed by many months; Douglas had been injured. One of these injuries occurred on TV when in an in-ring segment, Taz snapped Douglas’s arm, prompting a brawl with Bigelow. This meant – in storyline – Taz had been the cause of Shane’s absence.

Fighting with a ruptured sinus, busted elbow, cracked cheekbone and broken palate, Douglas retained his belt over Al Snow at Wrestlepalooza 1998 before taking time off for surgery.

Frustrated at his inability to challenge for the belt, Taz patented his own belt: the FTW title. The “Fuck The World” championship was seen as a renegade belt, not recognized (in kayfabe) by the promotion. It was first unveiled to the audience at the It Ain’t Seinfeld show in May. At Heat Wave 1998, Taz retained the belt over Bam Bam Bigelow. He did such with the Tazmission following a DDT through the ramp.

In what would be Bigelow’s last ECW match, the WrestleMania 11 main eventer teamed alongside his Triple Threat allies in a loss to Taz, Rob Van Dam and Sabu when the nephew of The Sheik pinned the reigning world champion. 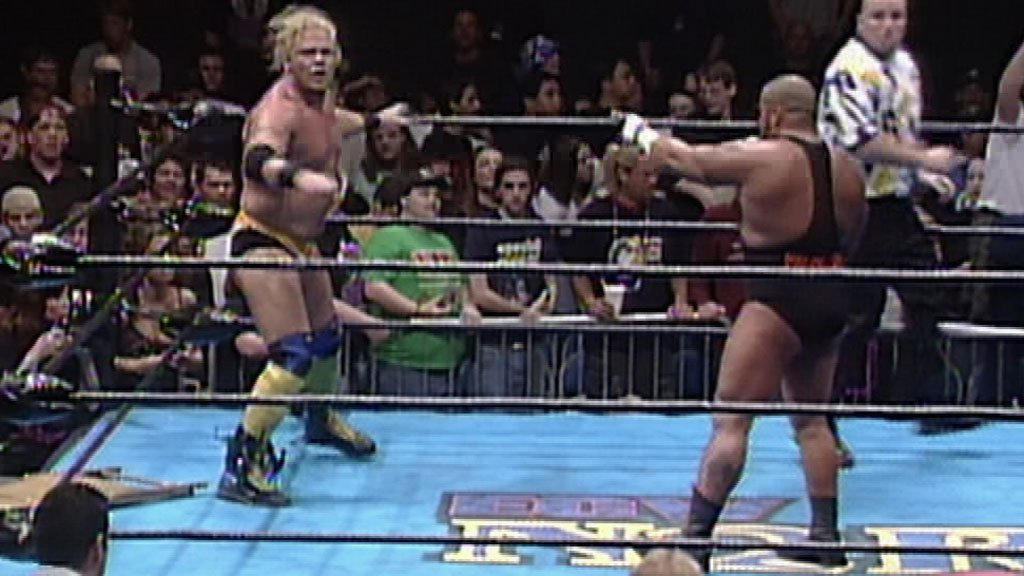 The stage was set for the eventual Taz and Shane Douglas match at Guilty As Charged 1999. The orange and black-wearing brawler deliberately dropped the FTW title belt along the way. So confident he would beat Douglas, Taz thought carrying his personalized belt would be futile.

Yet getting Douglas to the point of Guilty As Charged was a challenge. The world champ was so angered by a myriad of financial issues within ECW, he nearly left. Issues such as notorious bouncing cheques from booker Paul E had enraged “The Franchise”. Dangerously, that he was close to just walking out as champion until dissuaded by a friend: Bam Bam Bigelow. At Guilty As Charged, Taz would look dominant throughout. This was despite vast overbooking with outside interference from Chris Candido, Francine, Tammy Sytch and Sabu. Long-time allies Francine and Candido turned on Douglas; Sabu also launched an assault. Taz hit a T-Bone Suplex followed by the Tazmission to get the victory and pick up his first ECW World Heavyweight title. The career-making win would end Douglas’s year-long stranglehold on the title belt. His reign was the longest-single reign of all time at 406 days. 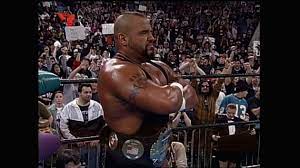 Six days later at House Party, Taz was set to defend his newly-won title belt against Chris Candido. However, Douglas attacked the former Bodydonna before the match and took his place in the match. Taz would win this match decisively after 15 minutes, pinning the ex-Intercontinental champion after a Hardway Tazplex through a table. This clean and dominant win for the titleholder would further solidify his status.

The last-ever match between the duo would take on February 5th 1999 at an event in Columbia, South Carolina in front of 2,600 fans. Douglas would subsequently turn face while Taz would turn to newer opposition from the likes of Yoshihiro Tajiri and Rhino. Within a year, both men had left ECW, each going on different paths to the biggest North American promotions outside of Extreme Championship Wrestling.

Douglas joined WCW whilst Taz joined the WWF where he was renamed ‘Tazz’. WCW went under in 2001 yet Douglas had made it noted he would never again work for the WWF/E after his treatment by significant backstage politicians such as Shawn Michaels and Razor Ramon. With this, we would never see Douglas and Taz face-off ever again. Tazz had his last official match in 2002 (discluding his one-off sub-minute match at ECW One Night Stand 2005). He was forced to retire due to an accumulation of injuries. This would scrap any possible chance of the rivalry being rekindled; Douglas still wrestles to this day.

Douglas and Taz have spoken only positive of each other over the years with “The Franchise” stating: “Taz was the perfect guy to drop the [ECW] belt to” on an episode of his Triple Threat podcast. In August 2021, Douglas appeared backstage at an edition of AEW Rampage alongside Taz, who serves as a color commentator. They posed for a photo with other ECW alumni “Judge” Jeff Jones, Tommy Dreamer and Jerry Lynn.

So The Judge tells me it’s the first time in over 25 years that we all been in the same place at the same time. #ECW #AEWRampage pic.twitter.com/gZzxw2pVGy

This feud would – in the early stages – benefit Shane Douglas without hindering The Tazmaniac. In great accidental booking, this feud would return after a few years. This time it would create one of the biggest stars the Philadelphia promotion would ever generate in Taz. In beating a multi-time, long-reigning titleholder, Taz would reach the peak of his powers, becoming the unstoppable machine he is still viewed as today. Although Douglas would have been fine without Taz, Taz certainly benefitted from the push by wins over “The Franchise”. Despite his losses, it did not hurt Shane either. 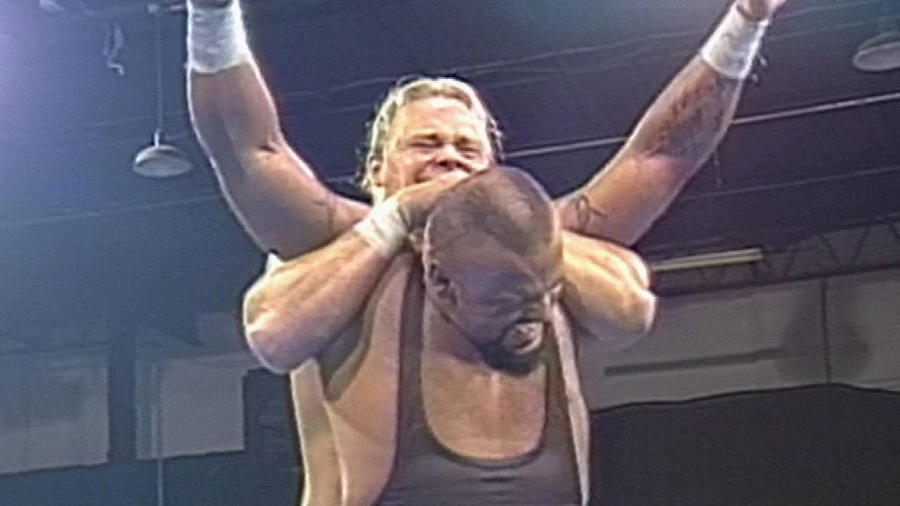 There is still a debate roaring to this day about who was the best ECW champion.