Welcome Back to Sports Obsessive. We’ve got some great news today. Sean Ross Sapp of Fightful revealed via his Twitter account that NXT Superstar, Tegan Nox, worked a dark mark after the latest edition of Monday Night Raw. Nox is a WWE Superstar who has been making waves since her arrival in the company. However, Nox has a stint of bad luck when it comes to sustaining injuries. In the 2018 Mae Young Classic, Nox faced off against Rhea Ripley in the quarter-finals of the tournament and unfortunately tore her ACL, MCL, Lateral Collateral Ligament and Meniscus. This collectively shattered the hearts of fans worldwide as Tegan Nox is a much-beloved performer and we just want to see her succeed.

When Nox made her return in 2019, she appeared briefly on NXT UK before heading back to America for the yellow-and-black brand. Nox began teaming with New Zealander, Dakota Kai, and the pair were a great match. But this is professional wrestling, which means that somebody’s gonna go rogue at some point in time and Dakota Kai wound up being that person. This was an incredible feud and lasted for quite some time, with some high-quality matches thrown in there for good measure.

Towards the end of September 2020, after a series of matches against Io Shirai and Candice LaRae, which was leading up to a #1 Contenders Battle Royal for the NXT Women’s Championship, it was announced that Tegan Nox had once again torn her ACL. Everybody’s heart dropped.

Today is Tuesday, July 6th, 2021 and it finally looks like we might just be getting Tegan Nox’s triumphant return. As mentioned above, Sean Ross Sapp has reported that Tegan Nox wrestled a dark match after last night’s Monday Night Raw against Toni Storm. First of all, what a match! Secondly, this is great news, not only due to Nox’s eventual return but that it most likely will be in front of fans once again. I for one am hopeful for Nox’s return and couldn’t be more ready.

Today, I’ll be looking back at some of Tegan Nox’s greatest/most memorable moments.

This was the match where Nox tore her ACL, MCL, Lateral Collateral Ligament and Meniscus. I get that you may be curious as to why I would put this match on the list, but if you go back and watch this match today, you have to admire the way in which Nox started off this match. The bell had only just rung and Nox had already hit a dropkick to Ripley, knocking her out of the ring and followed up with a swift suicide dive to the outside. This was when Nox started to limp. Frustrated, Nox slammed her hand against the steel steps before getting back in the ring. That’s right: at this stage, Nox may have re-injured her ACL but she just kept going. Ripley brought the fight to Nox in the ring but you could see that Rhea Ripley was concerned for Nox. Nox could barely stand and the referee called for the match to end. This match had all the potential in the world to be a match of the year candidate. It would be nice to see Tegan Nox take on Rhea Ripley in 2021, perhaps for the Raw Women’s Championship.

This is quite a gem of a match to come across, especially due to the fact that Taynara, who now goes by Tay Conti, has made a name for herself at All Elite Wrestling. This was a match that came about not long after Nox had recovered from her ACL injury. Nox was sporting her ‘Captain Marvel’ inspired ring gear, which was a great nod after Nox revealed that she drew inspiration during her rehabilitation from the Marvel hero. 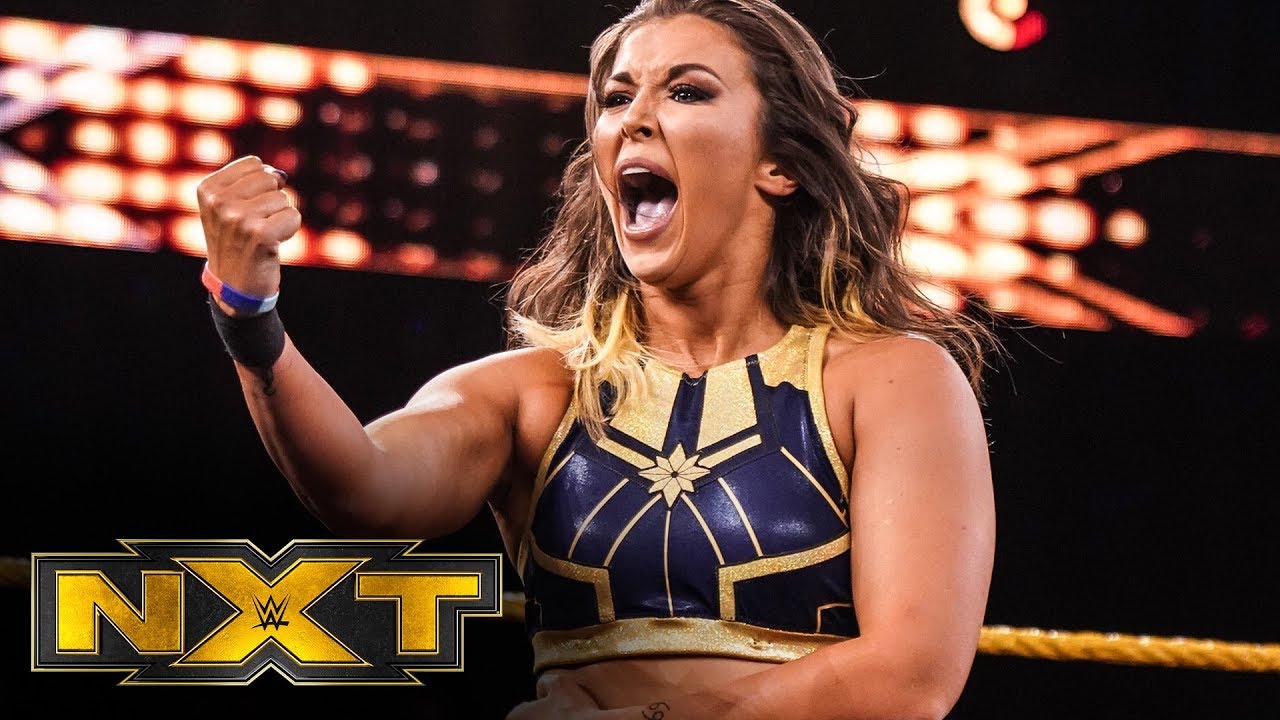 Nox didn’t show any signs of ‘ring rust’ in this match and it wasn’t long until she hit a couple of European Uppercuts followed by the chokeslam, paying homage to one of her favourite wrestlers, Kane. Nox leapt from the turnbuckle with a cross-body attack, showing no signs of weakness and ended things with the ‘Shining Wizard’. 1-2-3!

Welsh native Tegan Nox was back in action and out to prove herself as one of the greatest wrestlers under the WWE umbrella.

At this point in time, there was going to be a #1 Contenders Ladder Match for the NXT Women’s Championship. This was a qualifying match. This may be considered to be another hidden gem on the WWE Network/Peacock as Tegan Nox was facing off against a woman who is now the current Impact Wrestling Knockouts Champion, Deonna Purrazzo. 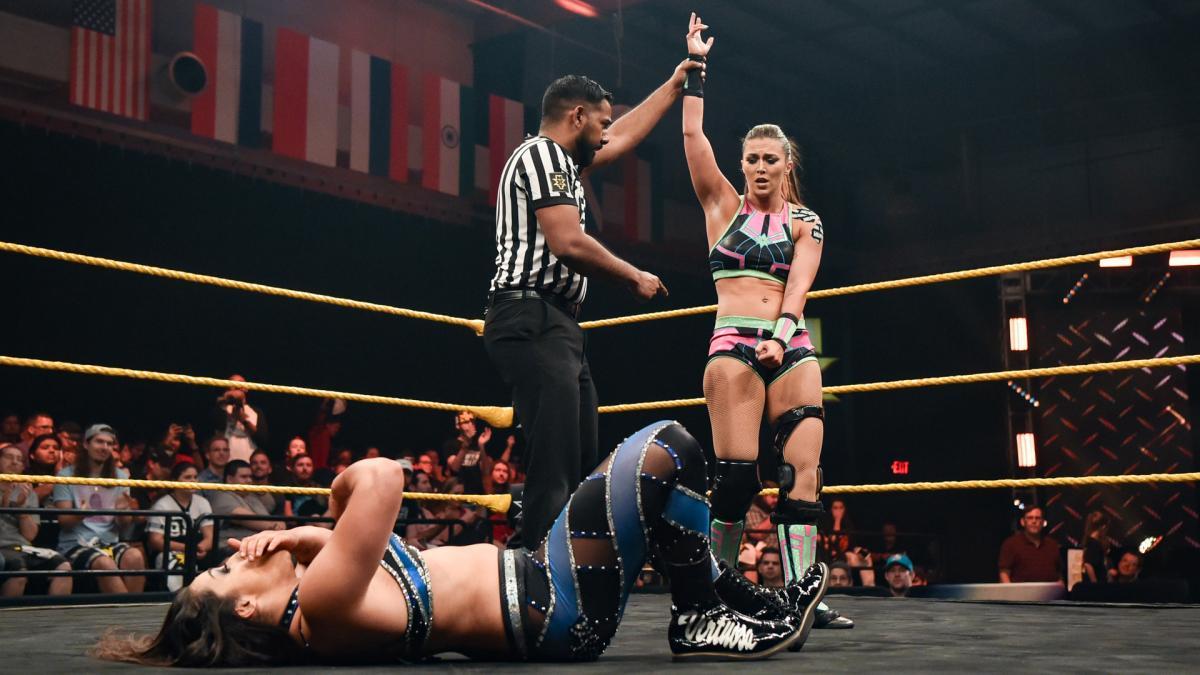 Purrazzo put up one hell of a fight here against ‘The Welsh Wonder’ and even locked in the Fujiwara armbar, which usually means game over! Nox retaliated and managed to roll ‘The Virtuosa’ up for a quick 1-2-3, taking the pinfall victory! This match was short yet memorable.

No matter what the future holds for Tegan Nox, I’m ready. Personally, I’m hoping that Nox is in a position where she can return and keep herself safe doing so. Not only that but WWE is set to visit Nox’s home turf when they jet off to the UK in September. It would be great to see Nox get the reaction she deserves in front of a sold-out crowd in Cardiff, Wales.

Are you looking forward to the return of ‘Lady Kane’? Let us know in our comments section and on social media @SportsObsessive on Twitter and Facebook. Thank you for visiting Sports Obsessive!