Welcome to Sports Obsessive. We’re back with NXT: UK coverage on the site and I couldn’t be more ready so let’s dive right into it!

This week’s show started off with Triple H appearing via satellite to show praise to the NXT: UK Champion, Walter, and Ilja Dragunov ahead of their upcoming Championship clash: Walter v Dragunov II. We were then welcomed to the ring where a legitimate press conference was taking place. Media personalities and journalists alike were present to bring forward their questions to the NXT: UK Superstars. Alex McCarthy from TalkSport and ACE from BBC One Xtra were two of the bigger names who stepped up to question the Superstars. What I got from this is that Walter is ready and has been ready for quite some time. 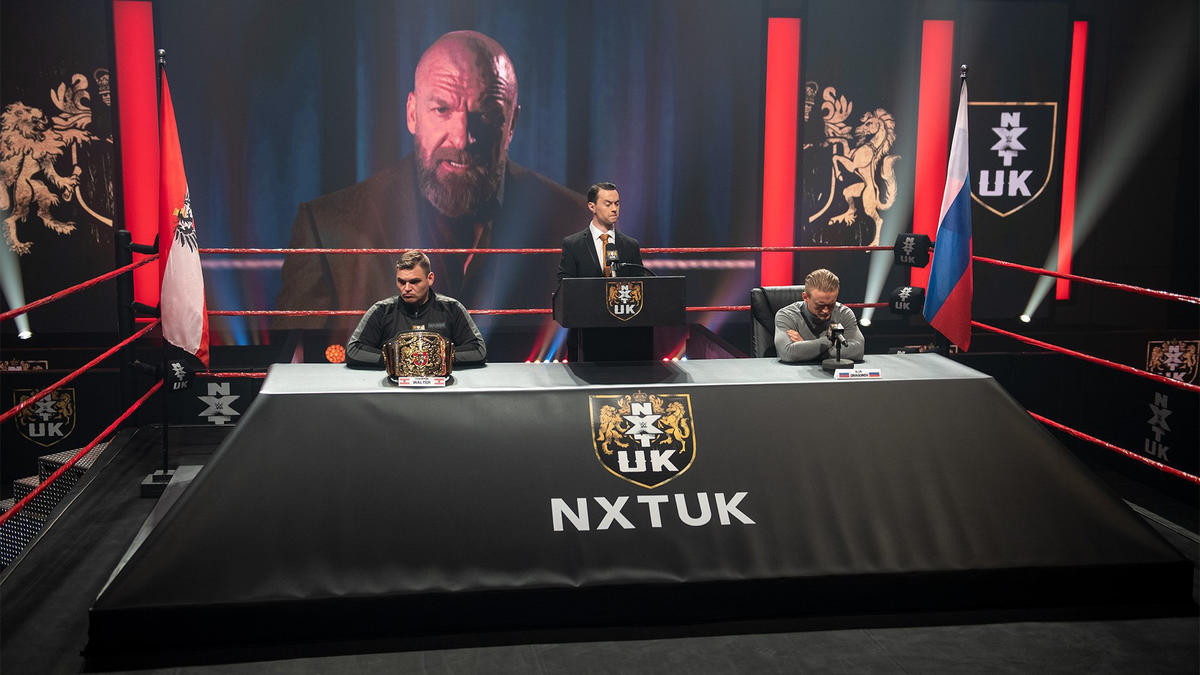 Walter seems to be more in tune with both his physical and mental approach to the upcoming match than his opponent. Ilja Dragunov spoke in-depth about how his loss affected him emotionally. Dragunov made it clear that he believes that he will be walking out as Champion. Who’s to say how this match will go down? It’s hard to imagine Walter being dethroned as NXT: UK. Walter is a legitimately terrifying individual and was quick to call Ilja Dragunov out as a ‘fraud’. Walter believes that Ilja Dragunov is ‘all show’ and is out to back himself up at Walter v Ilja Dragunov II.

Ashton Smith and Oliver Carter vs Rohan Raja and Teoman

The action kicked off this week with a solid tag team match where Ashton Smith and Oliver Carter took on Rohan Raja and Teoman. Smith and Carter came into this match all guns blazing from the opening bell. However, Raja and Teoman were implementing traditional tag team wrestling tactics in hopes to bring a halt to any and all momentum that their opponents had built. Raja and Teoman continued the match with quick tags and soon grounded Oliver Carter and isolated him in the ring, doing their best to avoid a fresh Ashton Smith getting in the ring. 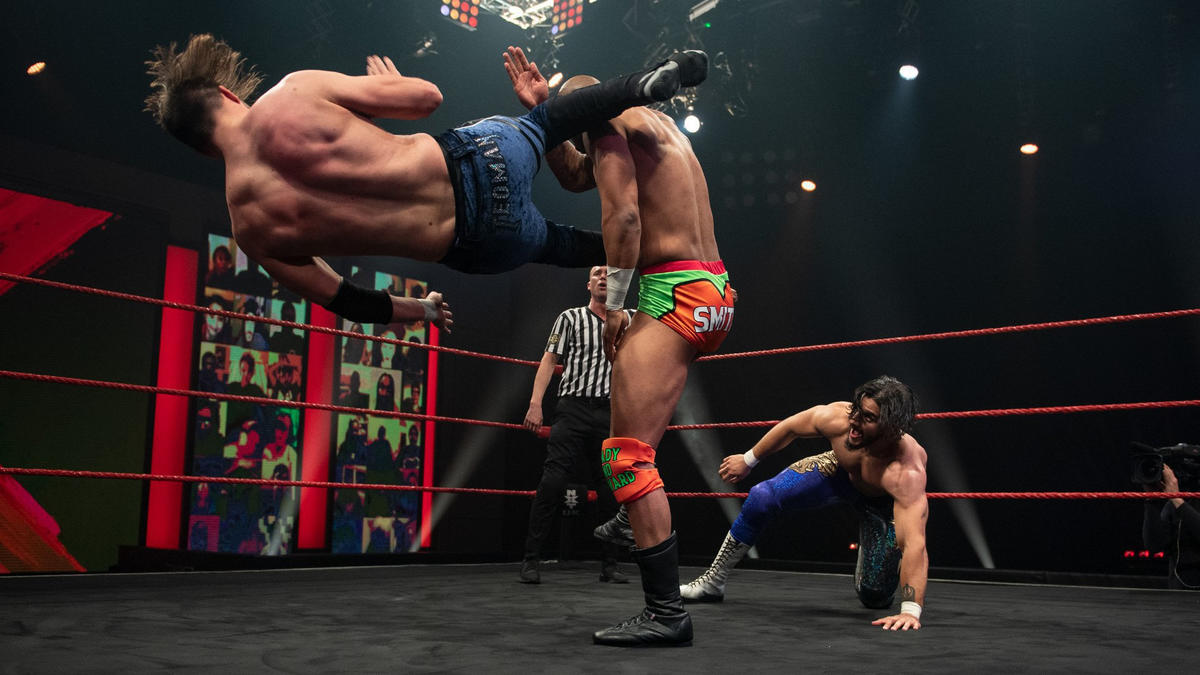 After a bit of a fight, Smith did indeed get the tag and he obliterated everybody in his way. Smith was on fire! Raja and Teoman switched up their tactics once again, in doing so, almost stole a victory. Smith and Carter really won me over in this match and I really wanted to see them win because of that. Although, as somewhat expected, Raja and Teoman didn’t play by the rules. Raja and Teoman actually bend the rules to their favor, outside of the referee’s line of sight, to pick up the victory.

This week, we were treated to an incredible Championship match as Amale challenged the NXT: UK Women’s Championship against ‘The Final Boss’, Meiko Satomura. Amele came into this match, determined to become the first french Champion in the company’s history. ‘The French Hope’, Amale certainly was fired up as she rocketed into this match, bringing the fight to the Champion with a seemingly infinite amount of passion and aggression. This really was a great match. Satomura was relentless in his approach to retain her Championship but on the other side of that coin, Amale was showing that she would go above and beyond to prove her worth to NXT: UK. It’s always a treat when we get a Championship match on weekly television but statistically speaking, Championship’s doesn’t necessarily change hands all that much on television. 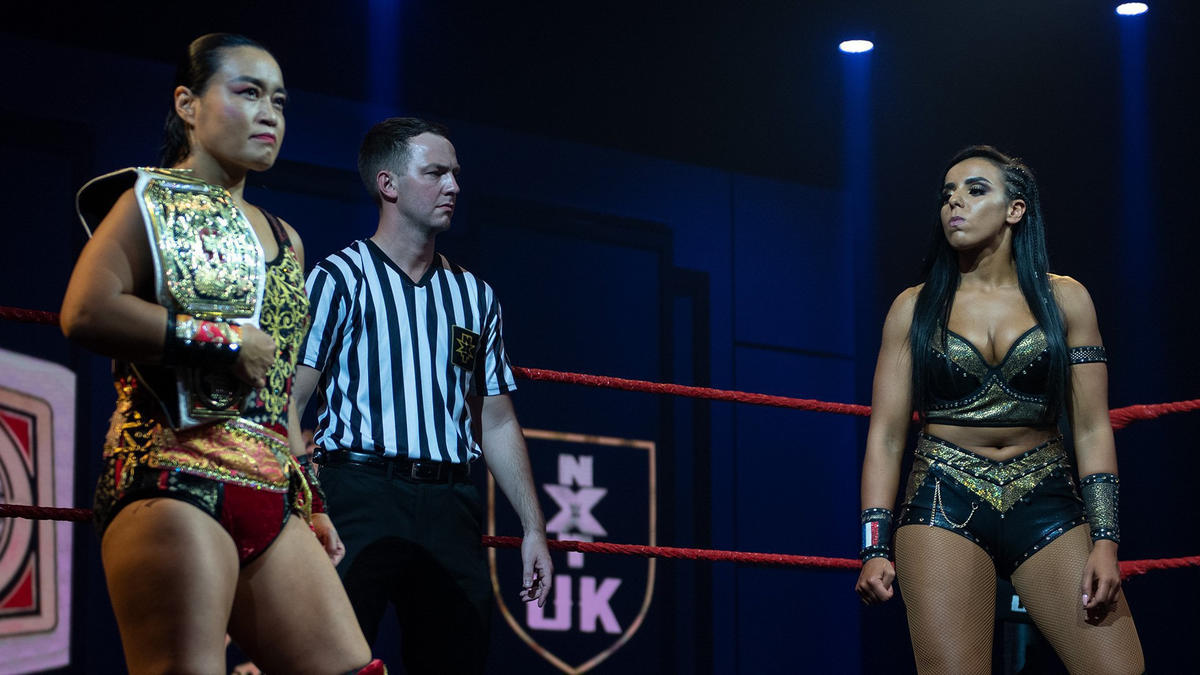 This match has me questioning that very statement. I was Amale’s biggest fan for the duration of this match, thanks to her passion and determination, and will to win. At one point, Amale flattened Satomura with a punt kick. Amale’s was mere inches away from living her dreams as NXT: UK Women’s Champion but after an emotionally exhausting match, Meiko Satomura showed us all why she is the be-all and end-all of the women’s division and successfully retained the NXT UK: Women’s Championship in her first defense.

Mark Coffey vs Tyler Bate For The Heritage Cup Championship

The main event of the evening saw Tyler Bate defending his Heritage Cup Championship against Mark Coffey. As we know, this style of match is broken up into a block of rounds, with each round lasting for three minutes.

Round 1: As the bell rang, Coffey attempted to assert dominance immediately. Coffey was wise enough not to underestimate Tyler Bate in the slightest, that would be a huge mistake. With 60 seconds left on the clock, Coffey was powering over the Heritage Cup Champion, and seemingly, Coffey was going to go into the second round with some momentum.

Coffey continued to control the pace against the more agile, Tyler Bate. Eventually, Bate sped up the pace and used his quickness to get one over on Coffey. Bate outsmarted Coffey so much so that he even picked up the pin-fall.

At this point in the match, Mark Coffey couldn’t afford to make a mistake. Coffey started off this round, seeing red. Coffey brought the fight to such an intense level that he soon floored Tyler Bate and picked up a pinfall of his own. 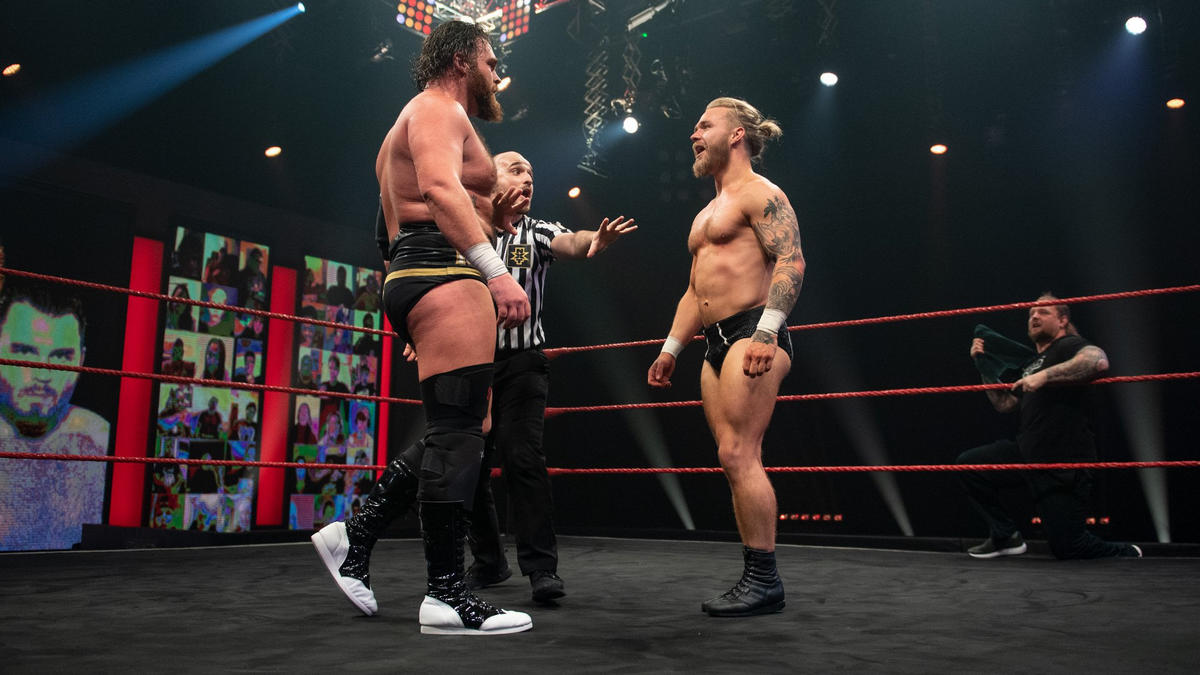 This round was where both men threw caution at the wind. They both knew that they had to do whatever they could to lock in a victory to ensure that either one of them was to walk out with the Heritage Cup Championship. Coffey once again took the ‘wrecking ball’ approach but Bate’s agility came into play once more. This round was full of near falls and with 40 seconds left on the clock, both men were flat on the mat. Bate managed to hit a number of knee strikes towards the end but the round timed out.

Tyler Bate seemed to be at an advantage in this round with Coffey clearly suffering from those knee strikes in round 5. After a hard-fought battle, Bate successfully hit the ‘Tyler-Driver’ to proudly retain his Heritage Cup Championship in such an impressive manner.

Before I leave you for another day, we have to rewind to the Walter / Ilja Dragunov segment. Basically, we were informed that after the press conference, there was a backstage altercation between the two and Walter had broken his hand. Needless to say, Walter vs Dragunov II will not be taking place next week as scheduled, we will have to wait for more updates as/when they are issued by NXT: UK officials. Apart from that, what a show! The press conference itself was so entertaining and different. I would definitely want to see more of that in the future. Amale was so close and put up one hell of a fight against the NXT: UK Women’s Championship that I really hope that we get to see that match again, preferably at a TakeOver PPV. We had some great Tag Team action between Ashton Smith, Oliver Carter, Rohan Raja, and Teoman. Last but not least, what a main event. Tyler Bate successfully retained his Heritage Cup Championship in a match that will not soon be forgotten. How will next week’s NXT: UK unfold? Only time will tell.

Be sure to check back in with us here at Sports Obsessive next week for more NXT: UK coverage.