Thank you once again for joining me here at Sports Obsessive. The time has come to focus our attention back to the BT Sports Studio in London as we process everything that happened on last night’s edition of NXT UK. One of the focal points going into this show was the upcoming debut of Benjamin Carter. Carter was trained by Seth Rollins and has been heavily endorsed by Triple H. Needless to say, excitement was at an all time high.

Without further ado, let’s dive in to all the action that went down on this weeks NXT UK.

The first match of the night was a #1 Contenders match for the NXT UK Women’s Championship. This was a grudge match between bitter rivals, Piper Niven and Jinny. The tension between these two goes all the way back to 19th of November, 2020. Niven was challenging the immovable object that is Kay Lee Ray for the Championship when Jinny interjected. Many believe that Niven was on the cusp of greatness, only to be derailed by “The Fashionista” Jinny.

Piper Niven vs Jinny For The #1 Contendership

Jinny was the first to make here way to the ring. When Niven’s music hit, we learned that Niven was not messing about. Niven stormed to the ring and brought the attack straight away. In the opening moments, Niven did back up, just a smidge and it left me trying to put myself in her shoes. If I was Niven and Jinny had done to me what she has done to Niven, would I back up? No. Perhaps Niven was controlling the pace in anticipation of any foul play from Jinny. The majority of the match took place outside the ring where Niven threw Jinny around like a ragdoll. 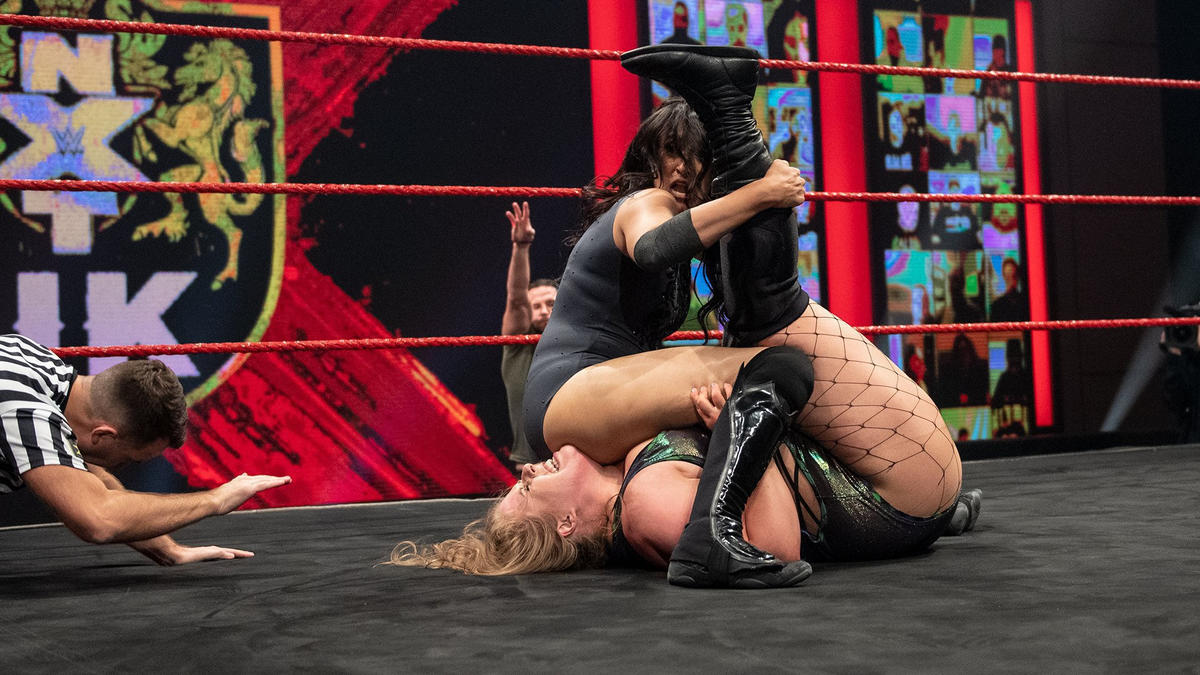 Later in the match, we saw Jinny’s viscous side shine through as she locked the Iron Octopus submission in hopes on submitting Niven. Then, Joseph Conners walked to ringside. Conners was certainly a distraction, but his match was still talking place. Jinny rolled out of the ring with Niven in pursuit Niven dove from the apron, aiming to attack Niven, but Conners used himself as a human shield. The match eventually made it’s way back inside the ropes where Niven looked to be closing in on a victory. That was until Conners grabbed Nivens legs which led to Jinny picking up the victory via a roll up pin fall.

Can you believe it! Jinny is now the #1 Contender for the NXT UK Women’s Championship.

For some reason, I cannot stand this guy.

Noam Dar was back with his NXT UK exclusive talk show. Dar started of by reciting a list of things that he was going to accomplish in 2021. They were pretty much obnoxiously brash bullet points included become NXT UK Champion and getting Trish Stratus’ phone number. Eventually, Dar decided to do his job and invite his guest onto the show. This week’s guest was Benjamin Carter. The man who would be having his NXT UK debut match later in the night. After a bit of inevitable mocking where Dar “mistook” Carter’s surname for “Carpenter,” Jordan Devlin interrupted the show. 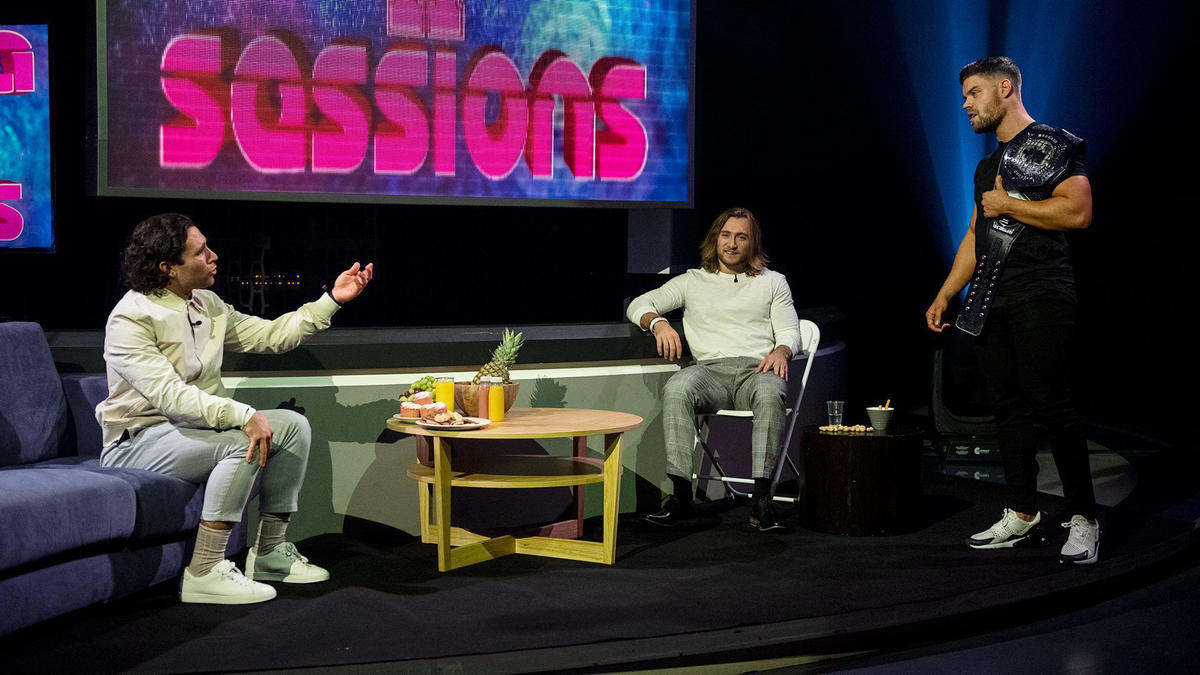 The NXT UK Cruiserweight stormed the set and demanded that Dar answered why Benjamin Carter was selected for Supernova Session before “The Irish Ace” Jordan Devlin. What happened next was that Dar decided to call Devlin out by calling him a “substitute” Champion and it was at this point that I was really hoping for Devlin to just knock Dar out. Instead, a NXT Cruiserweight Championship match was made. Carter, who was scheduled to debut next week, respectfully challenged Devlin and we all know Devlin isn’t shy when it comes to a fight.

The main event of this week’s show was made official.

This was an interesting match from the get-go. Mastiff was out to beat down Huxley as Saxon had previously dubbed Huxley as a bully. The first half of the match showed Mastiff throwing his weight around and trying to make his point. 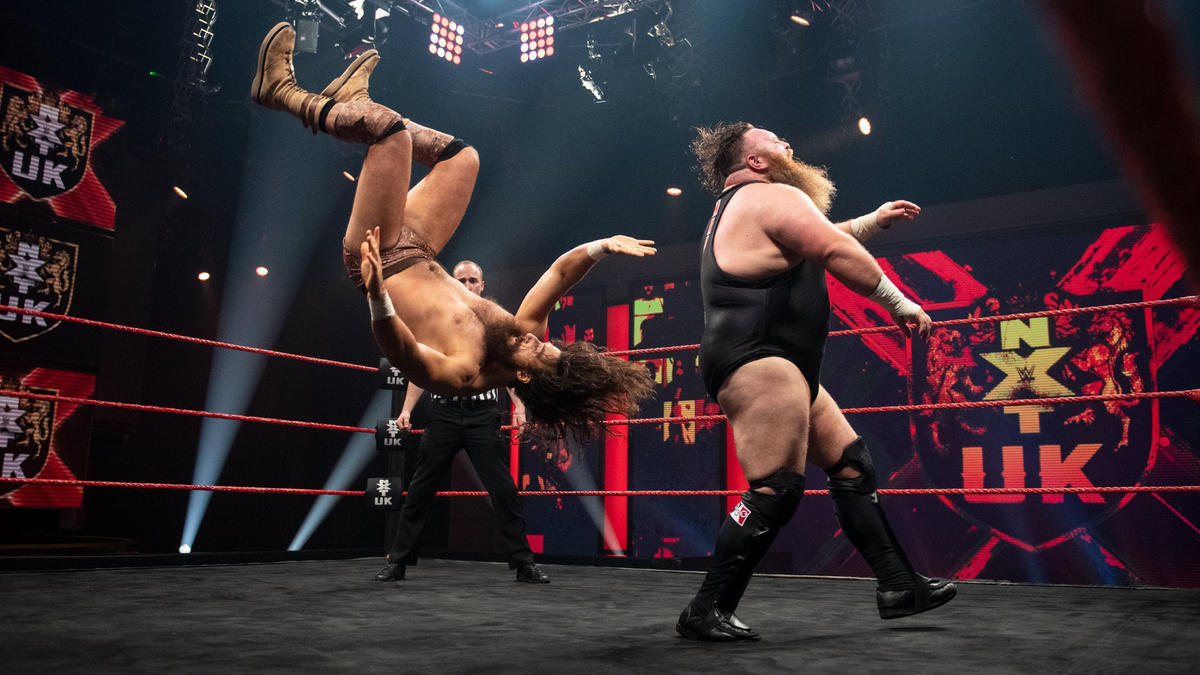 There was a spanner thrown into the works when Huxley managed to target certain areas of Mastiff and kept his larger opponent down on the mat. Mastiff regain momentum in this NXT UK match and hit Huxley with a bomber-dive in the corner of the ring, which was enough to pick up the three count pin fall.

This match was over before it really started. It didn’t get much time but it didn’t need to. With respect to both involved, this felt like a filler match and it served its purpose.

The time had finally come around. In his first match as a part of NXT UK, Carter was challenging for the NXT UK Cruiserweight Championship. Benjamin Carter was being put over by the commentary team, but he didn’t need it. Carter was so impressively agile, but unfortunately for Carter, Devlin isn’t a man who is easy to intimidate. This match seemed to be a showcase of Carter’s skills. This felt like a match to introduce Benjamin Carter to the fan who many have never seen or heard of him before. Devlin was not ready to lose his Championship, which was made clear as he drove Carter into the steel steps on the outside. Jordan Devlin is the longest reigning NXT UK Champion of all time and the importance of that really shone throughout this match. 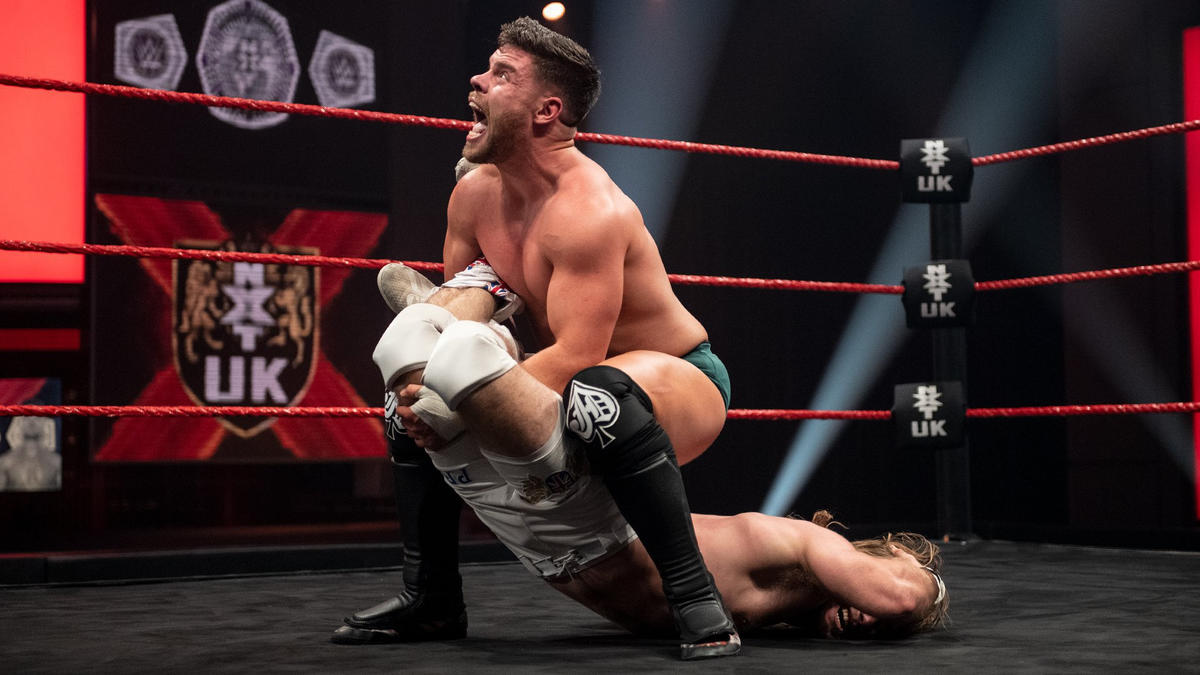 Overall, this was a great match. There was a ton of athleticism and passion. Devlin hit many of his signature moves, but the newcomer kicked out of every last maneuver. This match may have been the closest that we have seen of Devlin losing his gold. Devlin asserted his dominance as he locked the Clover Leaf submission onto Carter and inflicted a lot of pain. Somehow, Carter crawled to the bottom rope. Devlin was desperate to end things and did so by hitting “The Devlin Side” finishing move, followed by the successful three count pin fall.

We’re leaving this week’s show with a lot of knowledge. We know that Jinny has a opportunity for the NXT UK Women’s Championship ahead of her. We have also been given a taste of what Benjamin Carter has to offer NXT UK as a whole. This week’s show didn’t have a lot of matches, but it still lived up to expectations.

What did you think of the show? What did you like and what didn’t you like? Let us know in out comments or let me know on Twitter @SportsObsessive and @JeyCorcoran. As usual, I would like to thank you for supporting us all at Sports Obsessive and I look forward to joining you once again next week.

Until next time, folks.