Following the questionable results of the Extreme Rules pay-per-view, the WWE is set to resolve some major storylines at the Crown Jewel 2021 event. The card has four big championship matches, and a new King and Queen will be crowned in front of a live audience at the Mohammed Abdu Arena in Riyadh, Saudi Arabia. Crown Jewel is also the last WWE event with the current Raw and Smackdown rosters, as the results of the draft will go into effect on the Friday Night Smackdown following the conclusion of Crown Jewel. Crown Jewel will be streamed live on Peacock starting at 12 PM EST.

Roman Reigns (c) vs. Brock Lesnar For The Universal Championship 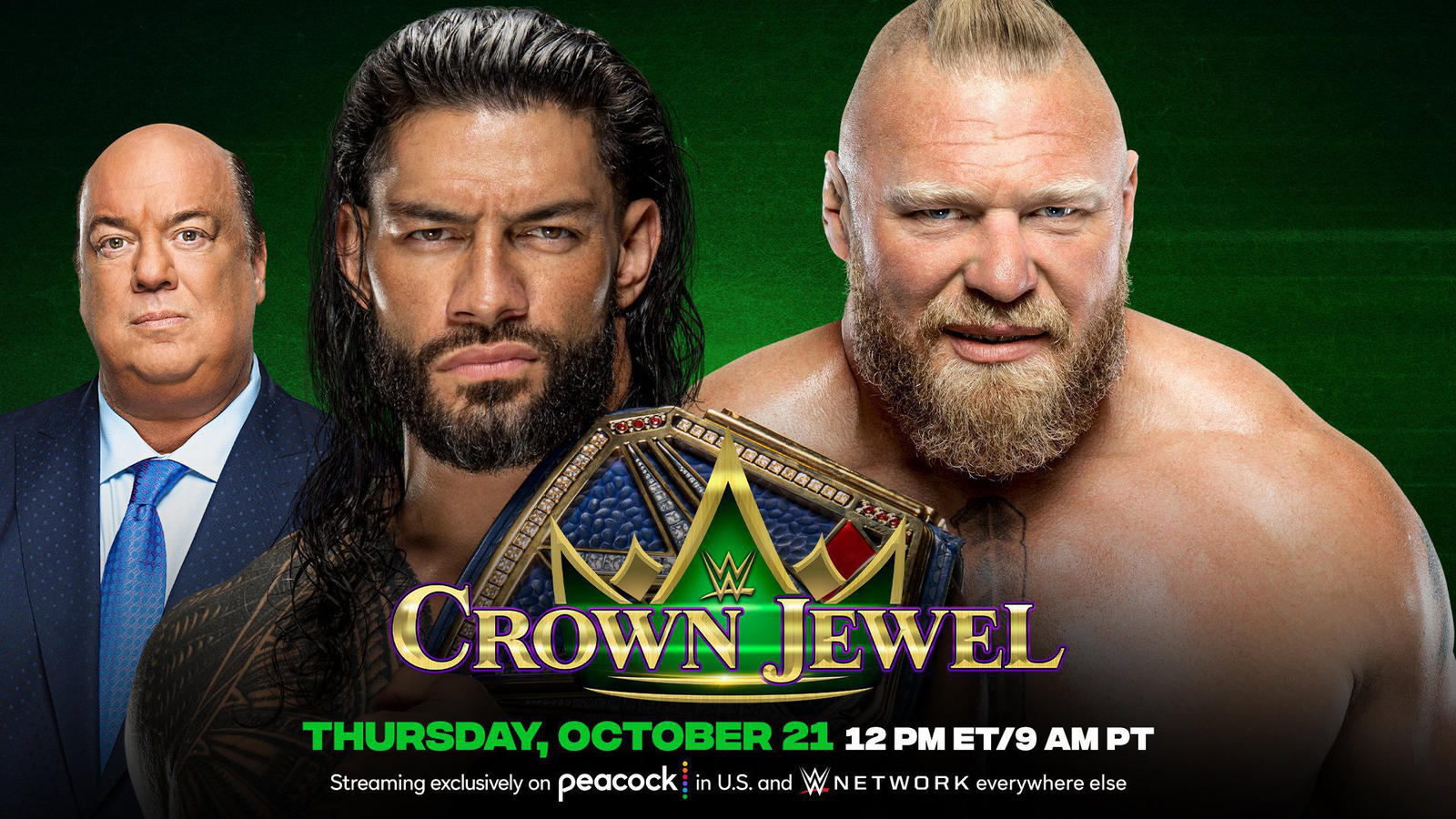 Also known as the Custody of Paul Heyman Match, the two alphas of the WWE will battle for the Universal Championship. Reigns has had a dominant run as champ, but now face his most intimidating challenger The Beast Brock Lesnar. This is Lesnar’s first match since Wrestlemania 36, where he dropped the WWE title to Drew McIntyre. Reigns-Lesnar is a marquee match for WWE and is sure to have tons of big spots and big slams, and in the middle of everything: Paul Heyman. The Wise Man has played his role brilliantly during the build for this match, and will likely be a deciding factor in whoever wins. 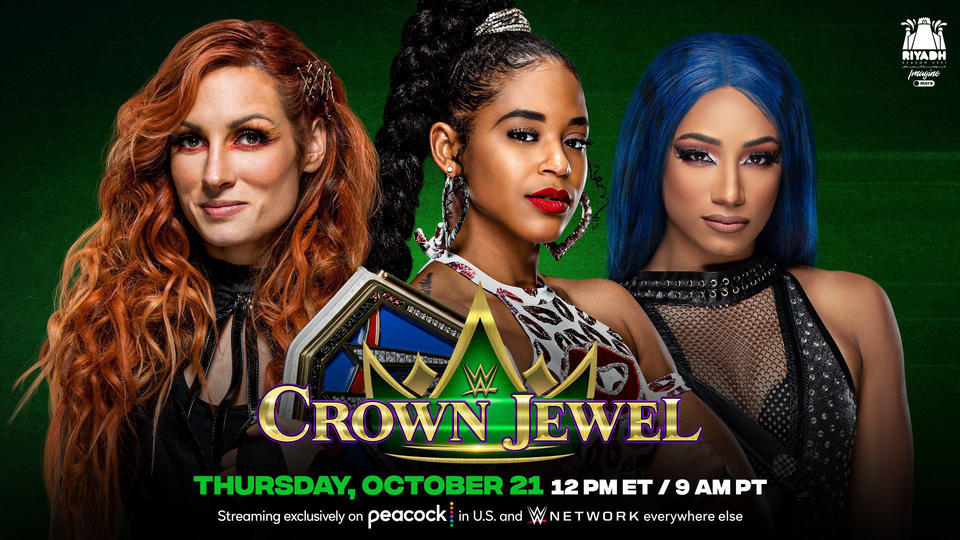 Becky-Sasha-Bianca is one of the best triple threats that the WWE can put together, and I cannot wait to watch it. All three women are mega-stars, and it could easily be argued that each deserve the win and the belt. Both Bianca and Becky will be moving to Monday Night Raw following Crown Jewel, but will one be moving over with the Smackdown belt? Raw Women’s Champion Charlotte Flair is set to move to Smackdown, and seems to be setting up a Survivor Series showdown with Lynch.

Big E (c) vs. Drew McIntyre For The WWE Championship 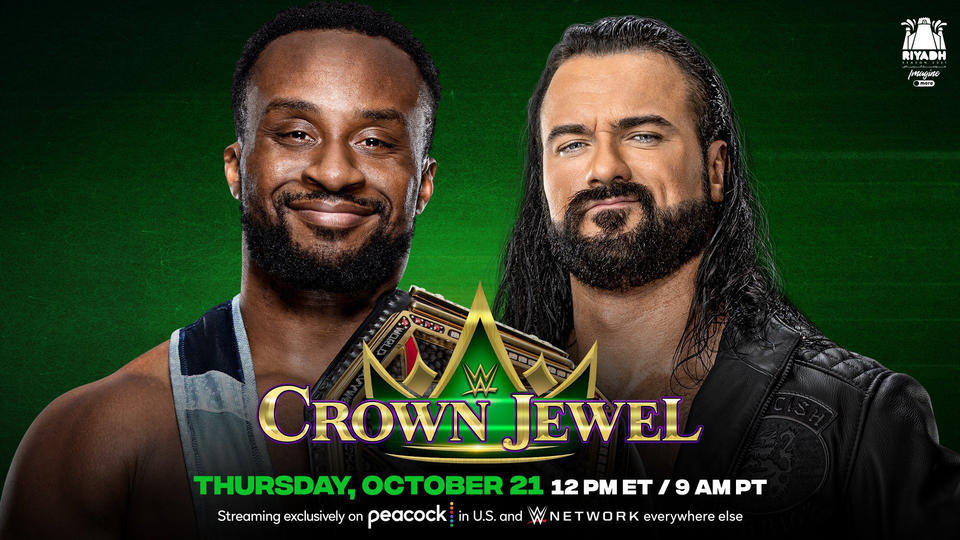 Face versus face, big meaty man versus big meaty man, however you want to classify this match it should be a fun one. After leading Monday Night Raw through the pandemic era, McIntyre will be heading over to Friday Night Smackdown to likely feud with Roman Reigns. Big E is taking Drew’s spot as the main babyface on Raw, and a win over McIntyre will help establish Big E as a big deal.

Edge vs. Seth Rollins Hell In A Cell Match 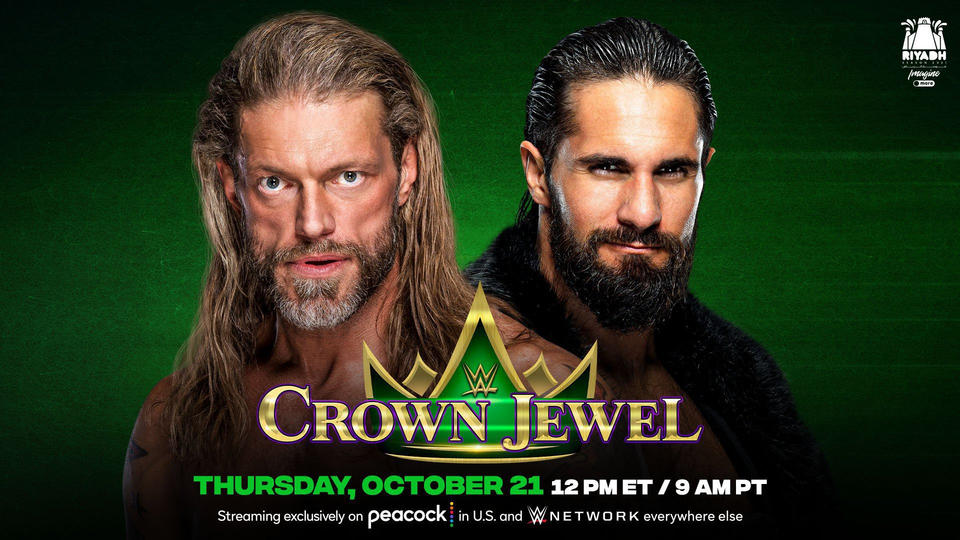 One of the best WWE feuds of the year will come to a violent head when Edge and Seth meet inside the cell. The build to this match has included Seth penetrating Edge’s shoot home, making the feud feel extremely personal. Inside the ring, Rollins and Edge’s last two matches have been absolutely excellent, and this one should be just as strong.

Prediction: Edge wins after hitting a stomp on Rollins.

Hopeful prediction: Beth Phoenix gets involved and sets up a Edge-Beth and Becky-Seth storyline. 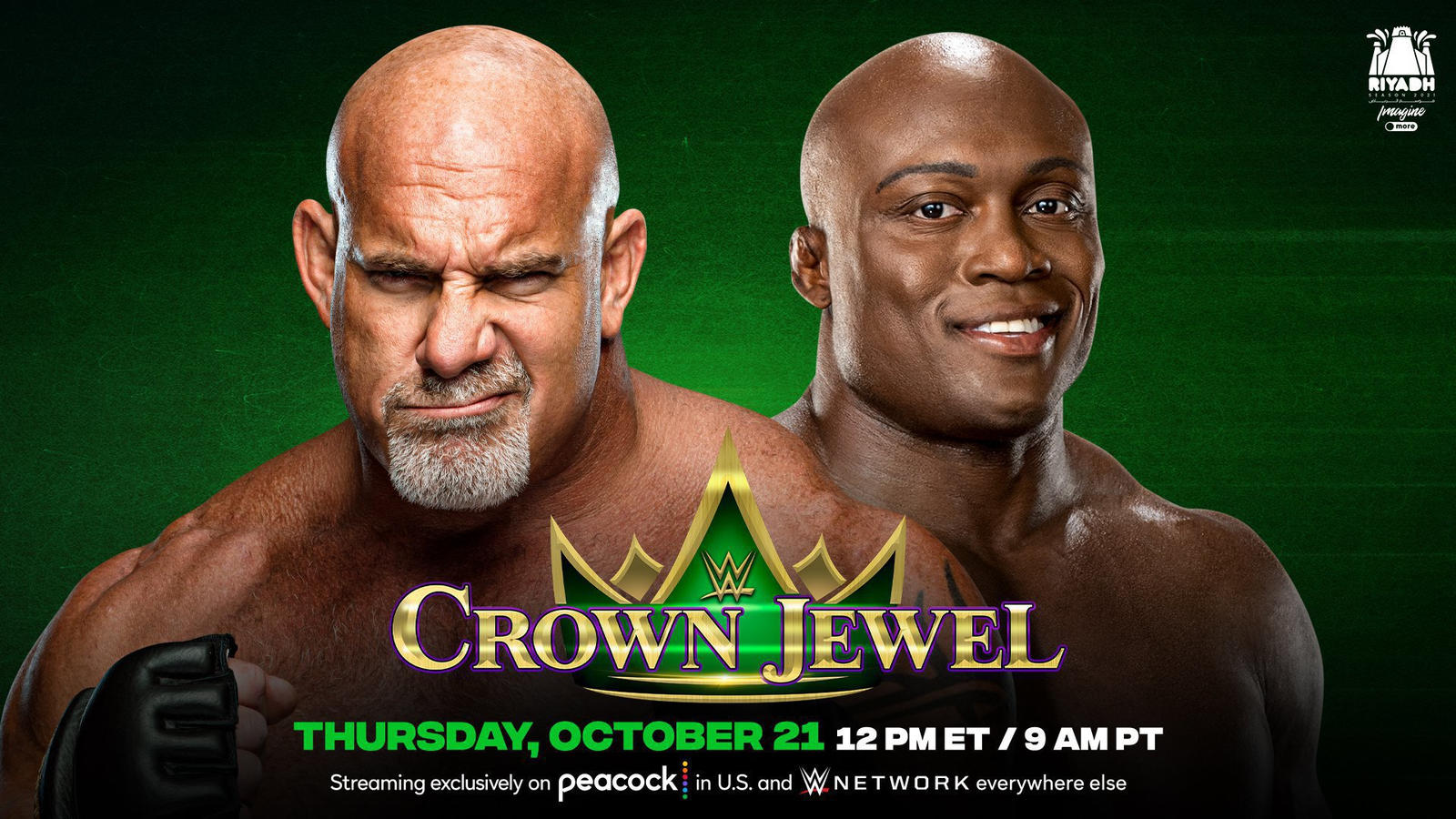 Despite being threatened with literal homicide, Lashley challenged Goldberg to a No Holds Barred Match following their championship encounter at Summerslam. This will likely be a short and sweet hard-hitting affair, and expect Gage Goldberg to get involved.

Prediction: Lashley beats up little and big Goldberg on way to a victory. 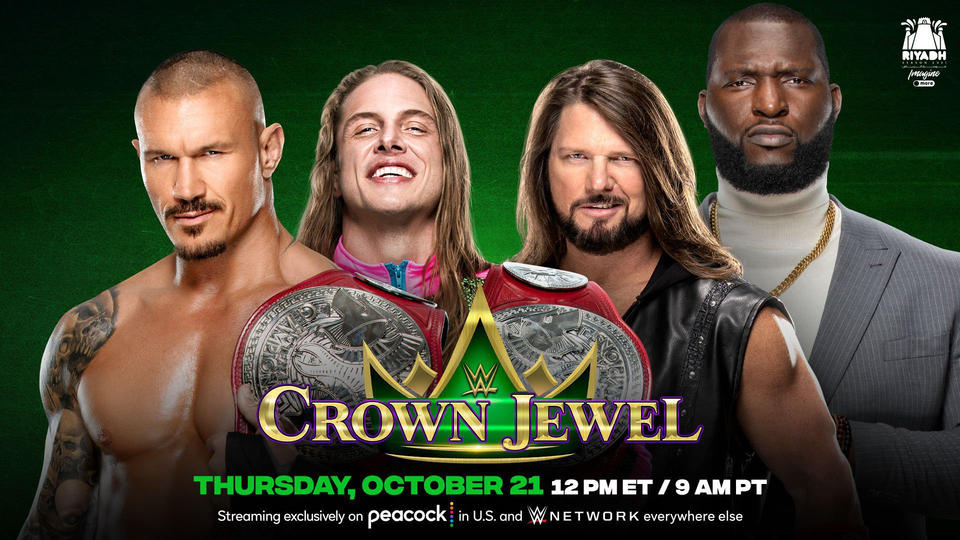 After losing the belts to RK-BRO at Summerslam, A.J. Styles and Omos will look to reclaim the Raw Tag Team Championship. Randy Orton and Riddle have been one of the most popular teams for WWE in recent months, but an eventual break-up is all but guaranteed. The slithery one may grow weary of nonsense and scooters and break his alliance with the smoky one, as a Orton and Riddle feud could provide for excellent programming.

Prediction: RK-BRO retains, but tension and a future split is teased. 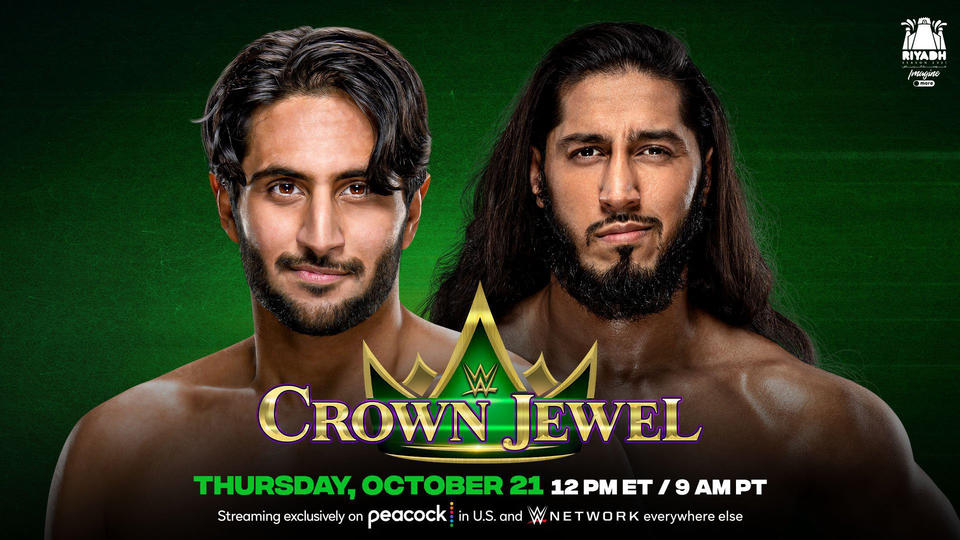 After a few months of a mildly successful odd-couple tag team coupling, Mustafa Ali and Mansoor will face-off one-on-one. While the match has not received as much publicity as others on the card, it is an important milestone for the competitors. The match is the first time two Muslim superstars will wrestle on a WWE pay-per-view, and the two talented men should have the opportunity to shine. Mansoor has been a featured player in several Crown Jewel events, and should continue to be pushed as a charismatic face.

Prediction: Mansoor wins and shakes hands with Ali in a show of mutual respect.

Finn Bálor vs. Xavier Woods King Of The Ring Final 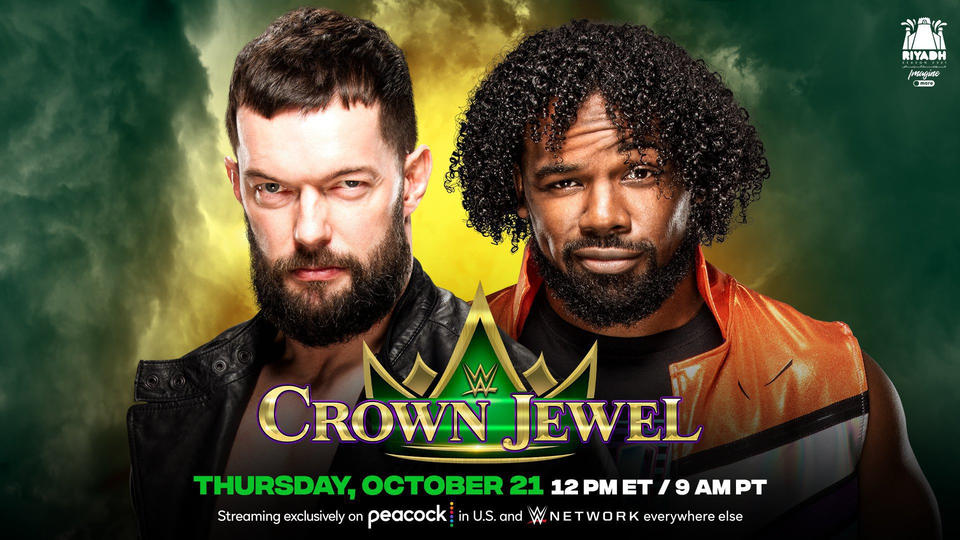 Two talented wrestlers and excellent choices for King of the Ring will clash for the crown. Xavier Woods proclaimed his desire to be King many times, and giving him the royal title could help establish the New Day member as another potential singles superstar. Finn Bálor is an intriguing option following his match with Roman at Extreme Rules where The Demon suffered his first loss. Finn is moving to Raw after Crown Jewel, and should graduate from The Prinxe to The King to help establish him as a top star on the brand.

Prediction: Finn Bálor wins King of the Ring and turns heel in the process.

Doudrop vs. Zelina Vega Queen Of The Ring Final 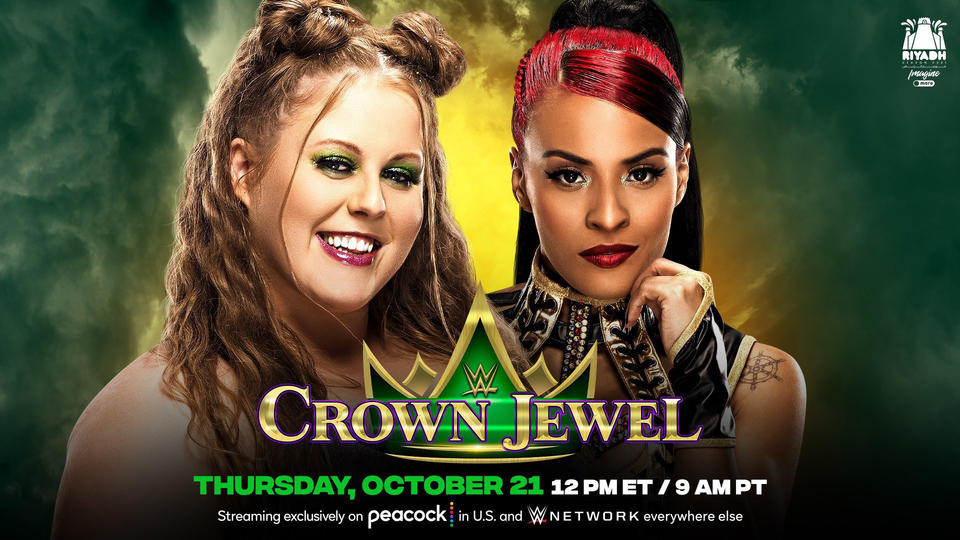 After a much maligned and sadly short series of matchups during the Queen of the Ring tournament, the first Queen of WWE will be crowned. While Doudrop and Zelina are not the biggest names in the women’s division, either of them will make a worthy Queen. Hopefully, the match will receive more time than the tournament round matches, and help elevate both women who posses great talent.

Prediction: Zelina Vega wins and is crowned the first WWE Queen of the Ring.