Thank you once again for joining me here at Sports Obsessive. WWE: 205 Live was back on our screens this week as the cruiserweights took centre stage on the WWE Network. On this weeks show, we were treated to two matches, including a main-event rematch between a 205 Live veteran and the man who bested him less than a month ago.

Nigel McGuiness and Vic Joseph were on the call from ringside at the Capitol Wrestling Centre.

Ever-Rise and Bollywood Boyz Meet in a Tornado Tag

Our first match of the night was a tornado tag between Ever-Rise and The Bollywood Boyz. There has been a conflict between these two teams for the last few weeks after both were enlisted by Tony Nese to unsuccessfully help him capture the NXT Cruiserweight championship. Who doesn’t love a good tornado tag match? Well, good might be a bit of an overstatement. This match was decent, but hardly the masterpiece that Vic Joseph and Nigel McGuinness tried to make it out to be. Not much of the high flying action that we’re used to on Friday nights, except for a nice springboard reverse crossbody by Samir and a beautiful flying elbow drop by Sunil. 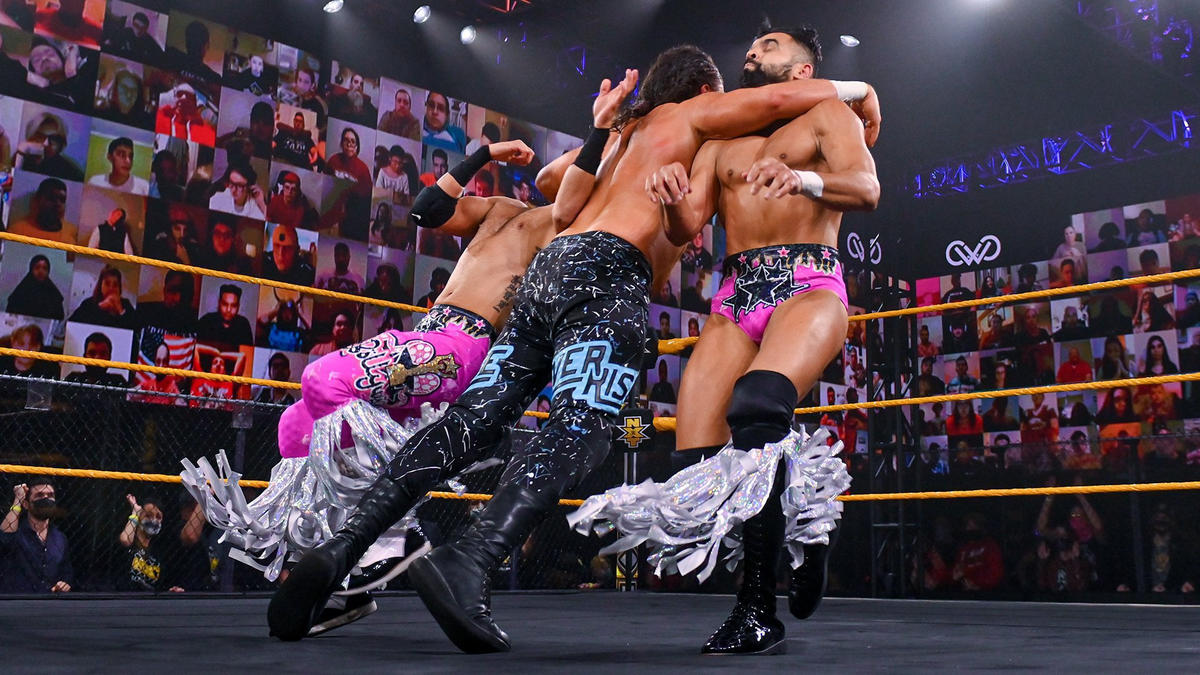 The Singh brothers showed a more “serious” demeanour after losing their previous two matches. The Bollywood Boyz removed the turnbuckle cover early, but were not able to take advantage. At one point, Sunil hit Matt Martell with their new camera, which is totally within the no disqualification rules of this type of match, but the pin was broken up by Chase Parker after two. Ever-Rise was eventually able to hit the Sweet Taste on the exposed turnbuckle for the victory, continuing their “undefeated streak” and the Bollwood Boyz slide down the losing side of the record column.

Tony Nese Seeks to Redeem Himself Against Jake Atlas

The main event of the evening featured former Cruiserweight champion Tony Nese seeking to redeem himself against relative WWE newcomer, Jake Atlas. Atlas was able to get the better of the Premier Athlete three weeks on an episode of NXT TV. Atlas has been on a roll lately and looks to be on a path to a matchup with current NXT Cruiserweight Champion, Santos Escobar. Nese is the unofficial gatekeeper of 205 Live and made sure to rub that in as he tried to make a point with a redeeming victory over Atlas. There was a lot more high-speed action in this match, compared to the tag match that preceded it. Nese controlled most of the action early with a few flashes from Atlas, building the underdog role for Jake. 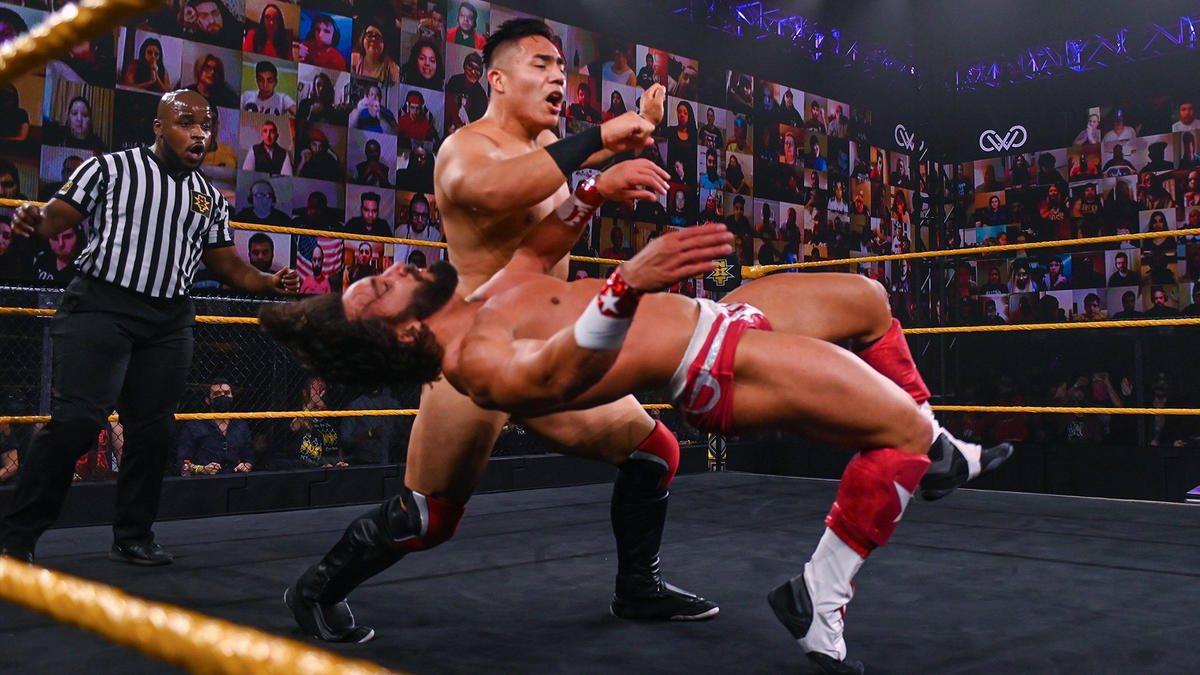 The crowd was squarely behind Atlas to further drive that point. The two cruiserweights traded near falls, including after a springboard moonsault by Nese and a pump kick/spinning clothesline combo followed by a German suplex and big forearm by Atlas. Jake Atlas also hit a Code Red from the corner which he followed with a modified flatliner for two. Ariaya Davari made an appearance and attacked Atlas while Nese distracted the ref with a chair. This led to a 450 splash from Nese that looked like it was about to end things, but Jake was able to just sneak his foot onto the rope to save himself. Somehow, he then recovered to hit a hard jumping knee, which he then followed up with a flatliner and his patented cartwheel DDT for the victory. This was a fun match to close out the show.

After the show, WWE’s Twitter account released a video of Jake Atlas stating that he will be keeping an eye on the eventual matchup between Santos Escobar and number one contender, Curt Stallion.

No matter who wins that contest, Atlas says that he is going to be NXT’s next Cruiserweight Champion.

You can catch 205 Live on the WWE Network, every Friday night at 10pm, directly following Friday Night Smackdown. As usual, you can also catch my review here on Sports Obsessive every Sunday. You can also follow me on Twitter by following @ShartzerJon.