Sports Obsessive’s own Amber McCrudden is back and updating us on her journey to the Playoffs as a new fan of this great sport. Has she learned anything new? How has the season treated her? And how does she feel about the post-season? all will be explained.

And if you missed First Time Football Fan: Dipping My Toe In The NFL why not give it a read.

To Be A Part of The Red Sea

To put it bluntly, it’s hard being an Arizona Cardinals fan. Not as hard as supporting other teams —- yes Jacksonville Jaguars I’m looking at you, but still, after such a strong start to the season, the Cardinals did what they do best: rack up injury’s and go from the top of their division to the middle of the pack. But at least we made the Playoffs, that was an exciting thing for me in my first season as a football fan.

In my first season, I dipped in and out, watching Cardinals games when I could keeping up with all the other teams and getting as much info as I could from the Sky NFL channel and the NFL Gamepass. I’ve listened to podcasts and watched documenters. When I get into something I want to know everything about it and I am working towards that goal still. But first, the Playoffs are finally here, which for me is an exciting time, and let me explain why.

I love a tournament, be that in Rugby or wrestling and the playoffs are just like a single-elimination tournament. You watch the whole season knowing full well the best teams in each division will do battle in a single-elimination tournament or playoffs as it’s called in football. The games are more nail-biting cause a touchdown or penalty is the whole difference between a win and loss. If you watch the Rugby World Cup every four years you will understand the concept, but it’s a condensed version of what the NFL does for football every year. Playoffs might just become my favorite part of the season and I’m excited to see if there are any surprises in store. 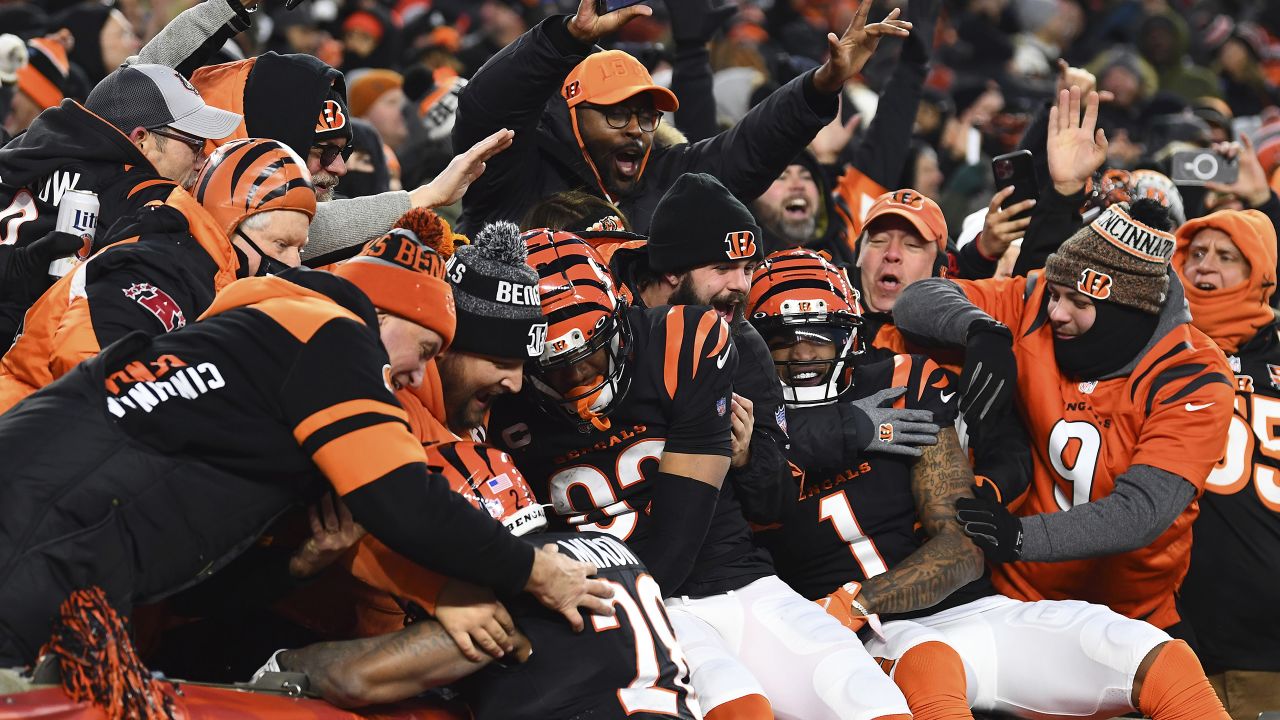 Wildcard weekend has come and gone and I completely became wrapped up in the whole affair, I watched every game, most of them live. RIP my sleep cycle, but it was worth it. I got invested in seeing the Cincinnati Bengals win their first playoff game in 31 years. I cheered along with the fans when they did it. It was honestly an amazing moment and reminded me of why I love sport and why fans are so important at games to create an atmosphere.

Seeing the Cardinals and the Dallas Cowboys, my mum’s team, fall at the first hurdle was disappointing. At the same time, Bruce Arians holds a special place in our hearts in my house so seeing the Tampa Bay Buccaneers move on to the next round to face the LA Rams is a satisfying conclusion to the Cardinals loss. Every inch of me wants to see the Bucs do it. The San Francisco 49ers beat the Dallas Cowboys and in the second round of the playoffs, would go on to defeat the Green Bay Packers as well.

Patrick Mahomes’ Kansas City Chiefs defeated the Pittsburgh Steelers to face off against the Buffalo Bills, who also put on a fantastic performance against the New England Patriots. I watched both games and the Bills defeat of the Patriots was insane and showed the holes that need to be filled in that team come the 2022 Draft. The best way I can describe the game is like a good rugby league match. It was fast-paced, hard hitting and even though the Bills demolished the Patriots it was still nail-biting stuff and possibly one of the best games I have seen all season. It was the best game of the post-season so far.

So my journey to the Playoffs has been full of ups and downs but what will the rest of the Post-Season hold? Who knows but I do know one thing, I don’t want the Rams to win the Super Bowl. I might be a little petty like that.